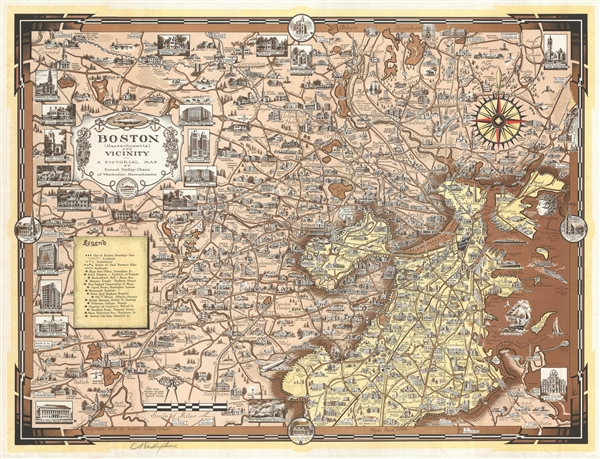 A fine example of Ernest Dudley Chase's 1938 extraordinarily detailed whimsical pictorial map of Boston and its vicinity. The map is roughly centered on Watertown and covers from Wayland to Boston Harbor and from Stoneham to Hyde Park. It features 20 large vignette views of important and historic buildings, as well as countless smaller illustrations throughout. Special larger vingettes are worked into the border and include the Boston Public Library, the Parker House, the Copley-Plaza Hotel and the Paul Revere House. It illustrates the route of Paul Revere's ride, as well as civic buildings, commercial centers, piers, shipping lanes, roads, railroads, and geographical features.
B