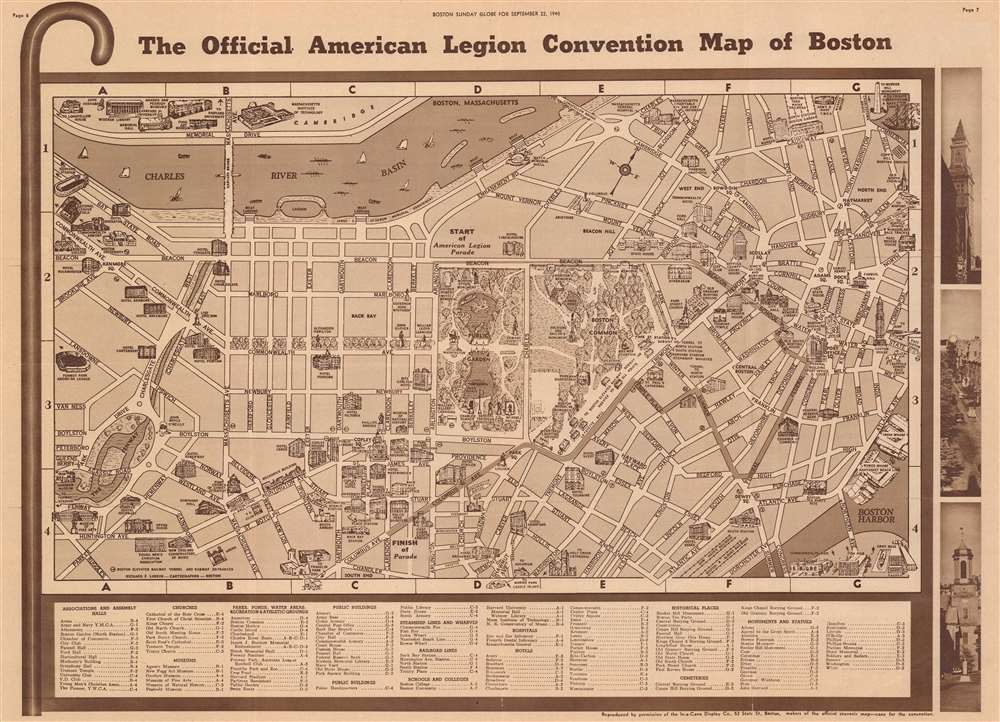 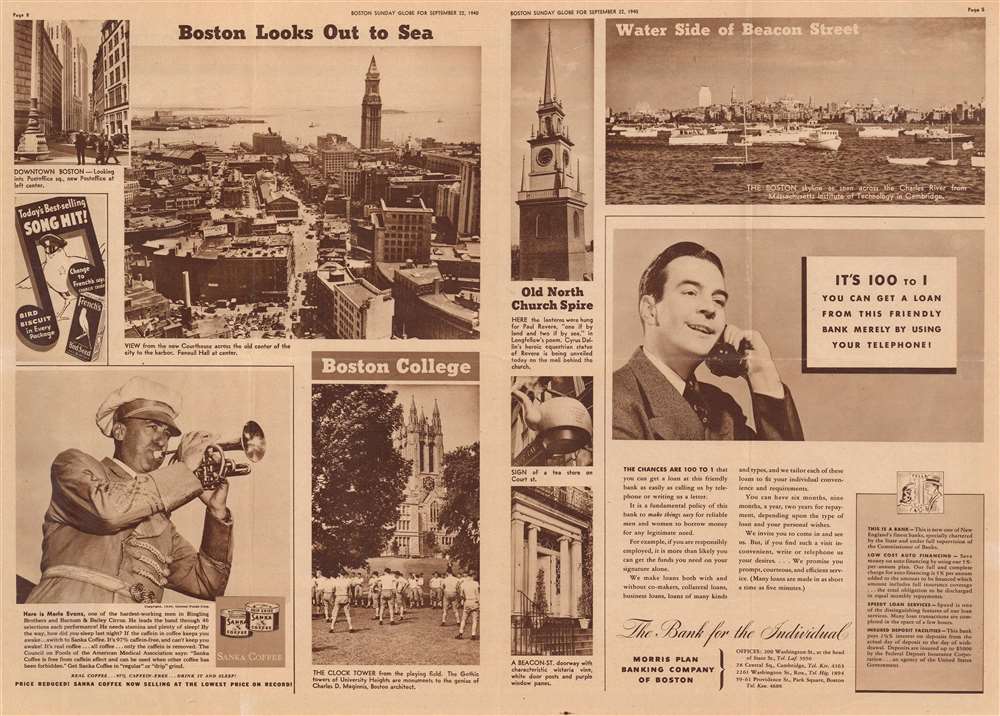 Pictorial map of Boston created for the American Legion.
$175.00

This is a 1940 Richard F. Lufkin pictorial map of Boston, Massachusetts. Created for the 1940 American Legion Convention in Boston, the map depicts the city from the Fenway to India Wharf on Boston Harbor and from Cambridge to the intersection of Dartmouth Street and Columbus Avenue. Pictorial vignettes highlight landmarks, hotels, museums, and other sites around the city. Among the illustrated sites are the State House, the Old South Meeting House, the Athenaeum, Old North Church, and the Museum of Fine Arts. Numerous statues, including those of Abraham Lincoln, Alexander Hamilton, and John Winthrop are noted. Boston Common, the Public Garden, and the Fenway are all illustrated with care. The Massachusetts Institute of Technology, Widener Library, and the Fogg Art Museum appear across the Charles River in Cambridge. Sites located off the map, including Boston University, Boston College, and Fenway Park, are also noted, but are accompanied by arrows pointing in their general direction . A dark line traces the route of the American Legion parade from Beacon and Arlington Streets through Boston to Columbus Avenue and Clarendon Street.

The Twenty-Second Annual National Convention of the American Legion took place in Boston, Massachusetts from September 23 - September 26, 1940. Numerous activities and ceremonies took place over the course of those four days, including a parade on September 24.

This map was created by Richard F. Lufkin for the In-a-Cane Display Company, which originally published it in the official souvenir map-cane for the convention. This piece was published by the Sunday Boston Globe on September 22, 1940, with permission from the In-a-Cane Display Company. This is the only known cataloged example of the Sunday Boston Globe edition, but examples of the full paper have been preserved in multiple institutions.