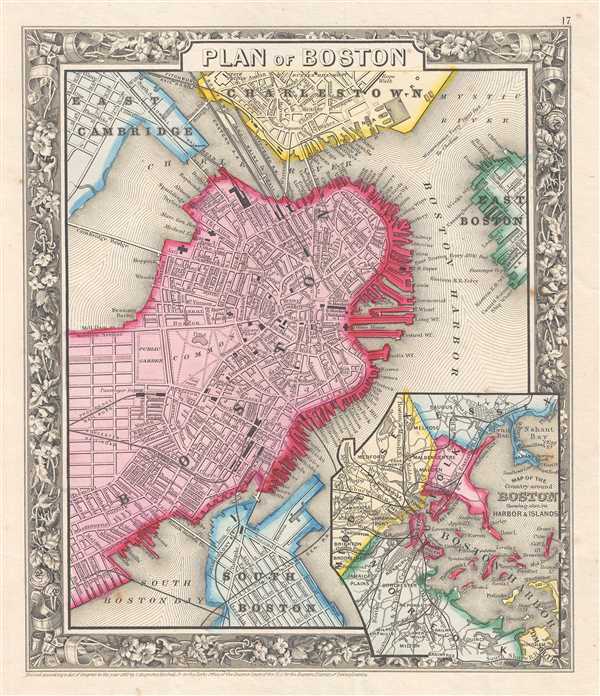 One of the more attractive 19th century commercial atlas maps of Boston.

This is an 1861 Samuel Augustus Mitchell, Jr. map of Boston, Massachusetts. The map depicts Boston along with parts of East Cambridge, Charlestown, East Boston, and South Boston. Parks, individual streets, trains, piers, ferries, and important buildings are all illustrated and labeled. City wards are colored coded with pastels to allow for easy differentiation. An inset in the lower right corner depicts Boston Harbor and the greater Boston area. The whole is surrounded by the attractive floral border common to Mitchell atlases between 1860 and 1865. Mitchell's map of Boston is one of the more attractive atlas maps of Boston to appear in the mid 19th century.