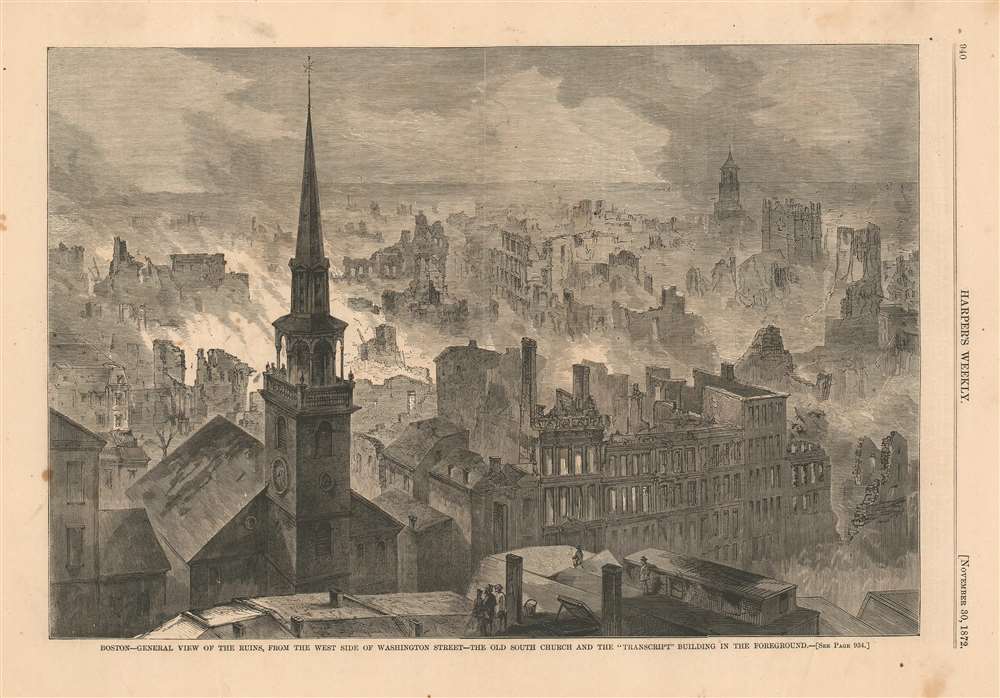 A dramatic journalistic view of Boston, Massachusetts, this work was prepared by Harper's Weekly to illustrate the Great Boston Fire of 1872. Issued just three weeks after the tragic fire (November 7-8, 1872), this work is one of the first publications to illustrate the fire's fury and devastation. With the Old South Church and the 'Transcript' Building in the foreground, the ruins of Boston loom in the distance, gray shells that used to be houses, businesses, and other buildings vital to the life of the city.

This view was created for Harper's Weekly and published in the November 30, 1872 edition.

Very good. Even overall toning. Light soiling. Text on verso.
Looking for a high-resolution scan of this?