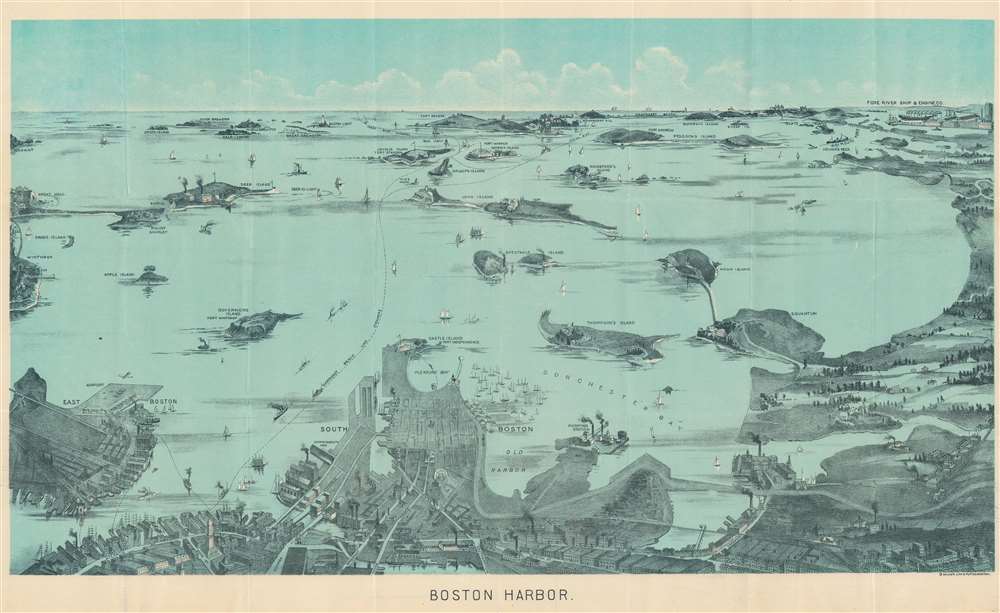 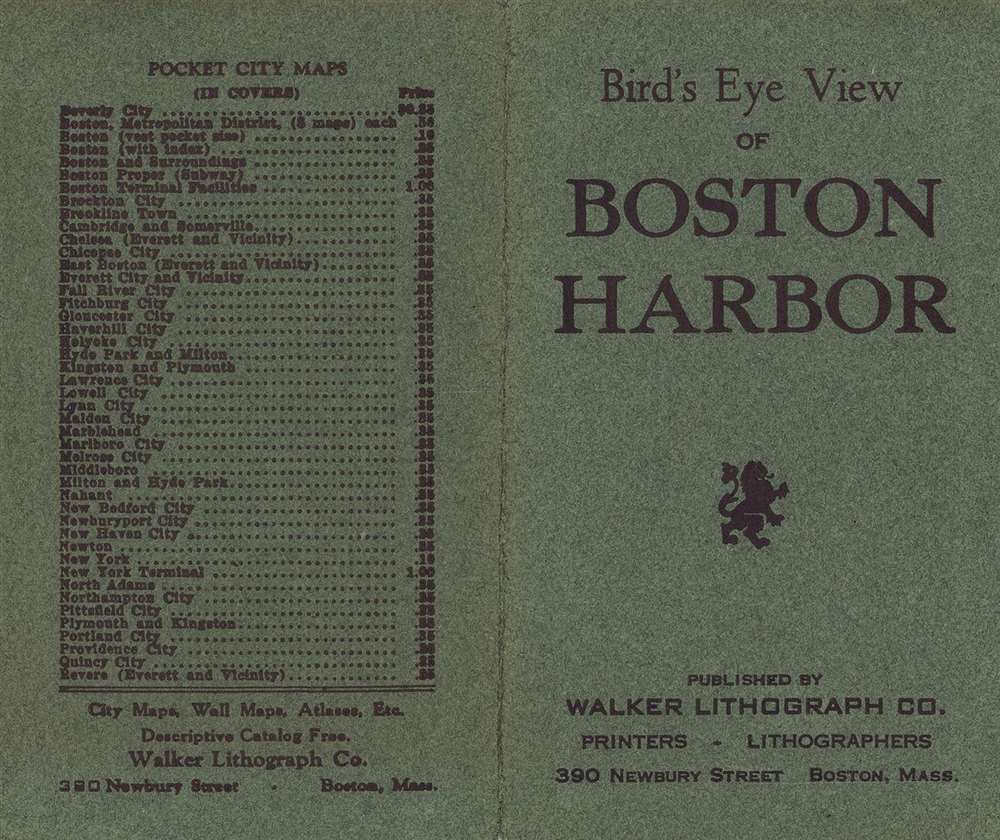 Boston Harbor during the Roaring Twenties!
$300.00

This is a c. 1927 George H. Walker and Company bird's-eye view map of Boston Harbor. South Boston occupies the center of the foreground, with a few major streets identified, along with Commonwealth Pier, Pleasure Bay, and Fort Independence on Castle Island. Sailing ships crowd the water between Dorchester Bay and Old Boston Harbor. East Boston, with its many wharves and airport, appear in the foreground on the left. Numerous islands dot the harbor as it stretches toward the horizon. Forts, lighthouses, and other buildings are illustrated on some of these islands. The route of the Nantasket Beach Line Steamers appears as a dashed line, along with the Main Ship Channel between Fort Revere and Boston Light.

Very good. Light wear along original fold lines. Reinforced where previously attached to binder.
Looking for a high-resolution scan of this?