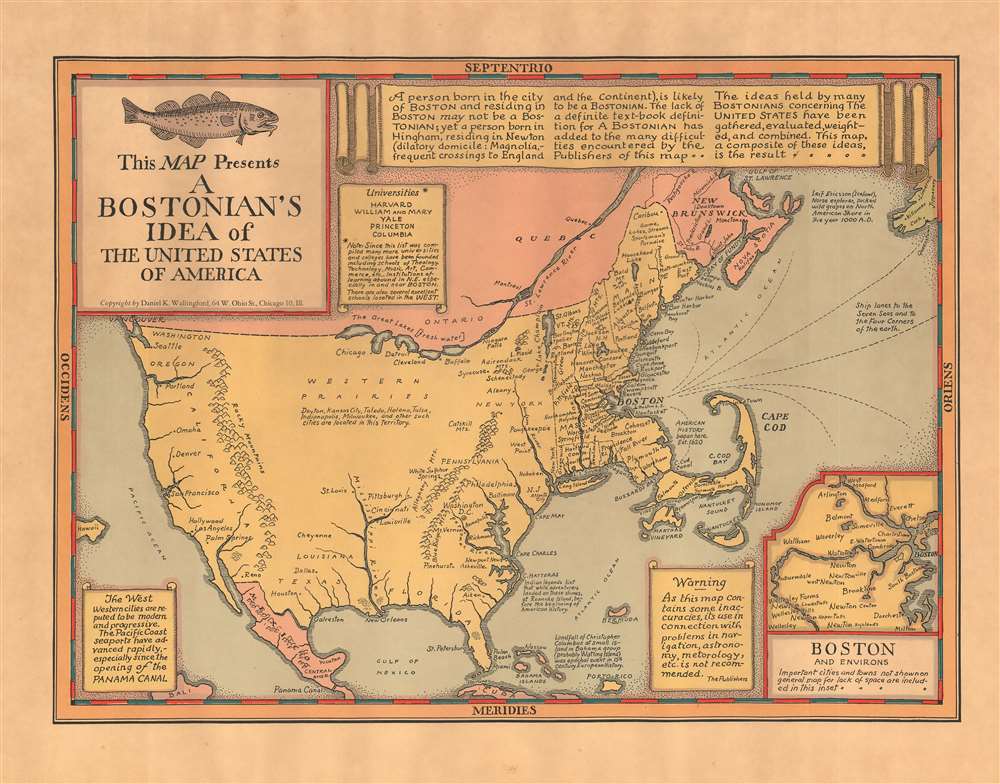 This is a 1936 Daniel Wallingford map of the United States as viewed by the stereotypical Bostonian. Poking fun at the caricaturized idea of a Bostonian, the map depicts the country varying detail, with a high degree of accuracy and numerous cities and towns labeled in the Northeast and decreasing accuracy and density of cities and towns further to the west. Cape Cod in particular is disproportionately enormous. The 'western prairies' the cities are listed, but not placed anywhere, rather are simply said to be 'located in this territory'. The Mississippi River barely extends north beyond Saint Louis, while Denver and Omaha are both decidedly West Coast cities. As a point of caution, the publishers have included a warning, 'As this map contains some inaccuracies, its use in connection with problems in navigation, astronomy, meteorology, etc. is not recommended.' An inset map of Boston and its environs is located in the lower right corner, with 'important cities and towns not shown on general map for lack of space are included in this inset.' It is also of note that Bali is no longer located in Indonesia, but just off the coast of Central America, per this map.

This map was published by Daniel Wallingford in 1936. There are three commonly seen versions of this map bearing different publication cities: New York, Boston, and Chicago. The present example bears the Chicago imprint.