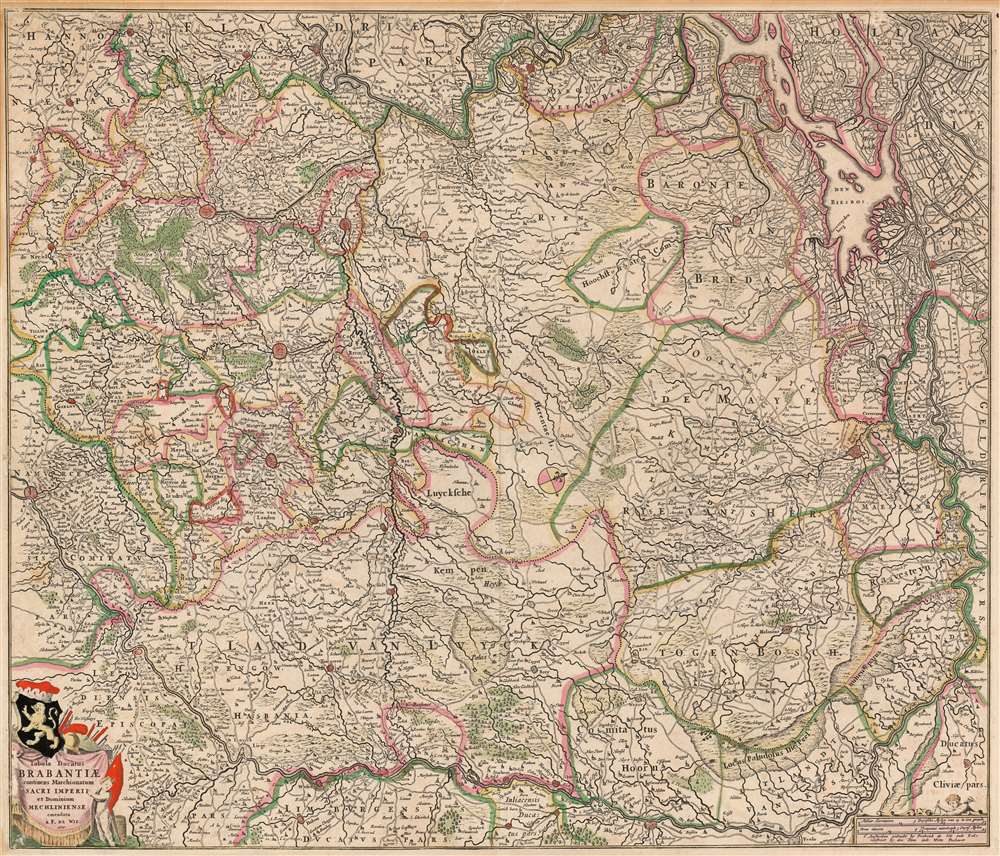 This is Frederic De Wit's 1666 map of the Duchy of Brabant, in present-day Netherlands and Belgium. Oriented to the west-north-west, the map embraces the lands from Rotterdam to Namur, extending to include part of western Germany. The Meuse River provides the limits for the bottom and right-hand portions. The map is exceedingly well detailed, including the cities of Antwerp, Rotterdam, Liege, Brussels, Bergen op Zoom, Venlo, and Maastricht along with countless smaller towns. It includes rich topographical detail showing forests and wetlands, with a great many roads included. There is an attractive cartouche featuring the Lion of Brabant; the scale cartouche is embellished with putto playing with a surveyor's compass.

A Bitter Battleground, After the Peace

The Duchy of Brabant had been fought over between the Spain and the Netherlands throughout the course of the Eighty Years' War; the map shows the region as matters stood after the 1648 Treaty of Westphalia which left the northern portions of the Duchy in the hands of the Netherlands, and the southern parts as part of the Spanish Netherlands, now modern-day Belgium.

De Wit's original engraving was done around 1666, the map being included in his atlases. We are aware of at least one further state, added to later editions of the De Wit atlas, with the date '1666' burnished out. The map is well represented in institutional collections.