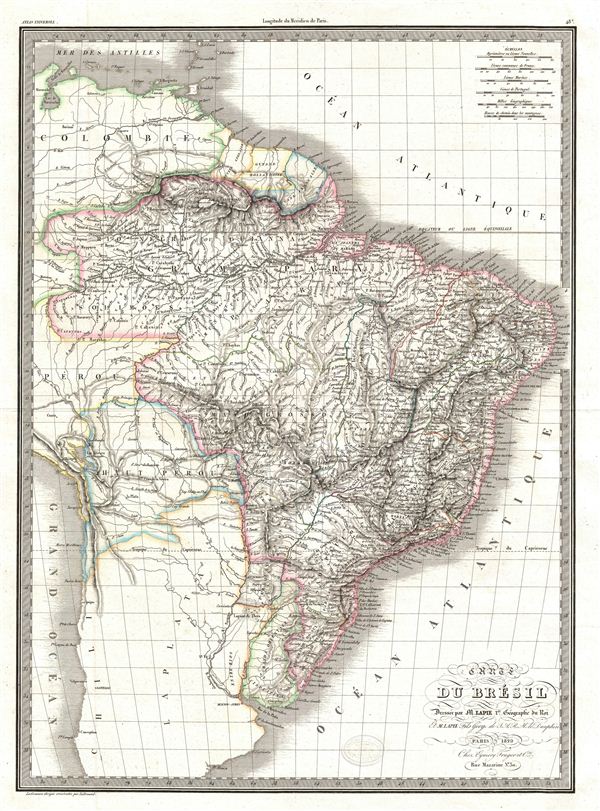 A fine first edition example of M. Lapie's 1829 map of Brazil. The map shows all of Brazil from Colombia to the Atlantic Ocean as well as adjacent parts of Chile, Peru, the Caribbean Sea and the Atlantic Ocean. Issued shortly following the Brazilian wars of Independence which freed the massive South American nation from colonial Portuguese control in 1822. This map was engraved by Armand Joseph Lallemand as plate no. 48 in the first edition of M. Lapie's important Atlas Universel. This map, like all maps from the Atlas Universel features an embossed stamp from the Lapie firm.