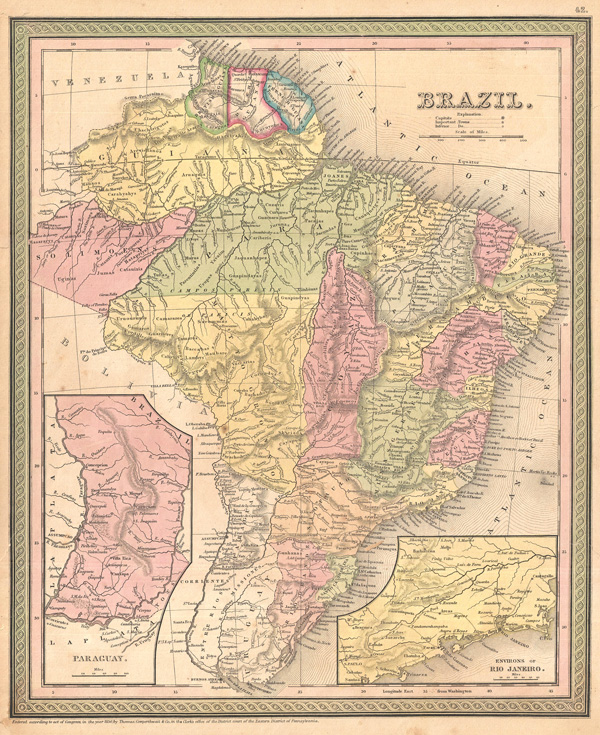 A nice example of S. A. Mitchell's 1850 map of Brazil and Paraguay. This map depicts the eastern part of South American including the Guianas, Brazil ( Brasil ) and Paraguay. Features impressive detail of the amazon basin and the interior of Brazil. Inset of the Environs of Rio de Jenario at the bottom Left. Inset of Paraguay at the bottom right. Published as plate no. 42 in the 1850 edition of Mitchell's New Universal Atlas.

Good. Even overall toning.
Looking for a high-resolution scan of this?