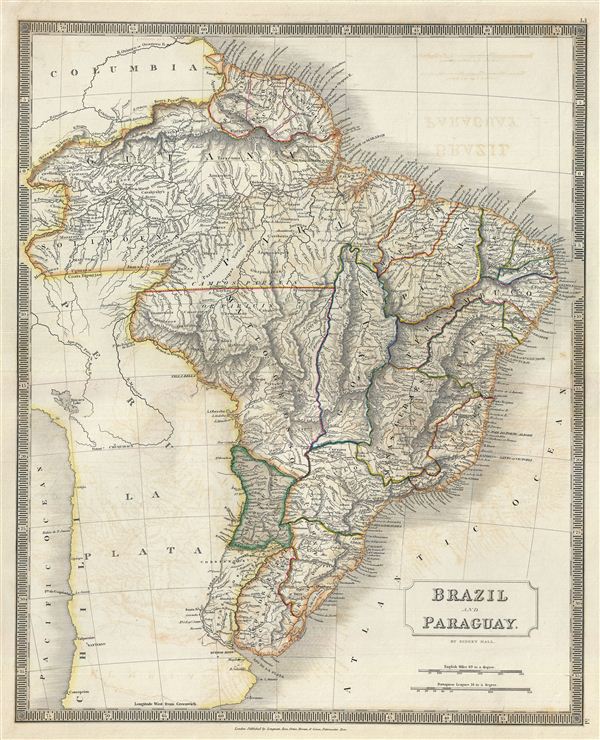 This is a beautiful map of Brazil and Paraguay from Sidney Hall's extremely scarce 1835 New General Atlas. Towns, rivers, mountains, railroads, canals, marshes, forests, and various other important topographical details are noted. Elevation throughout is rendered by hachure and political and territorial boundaries are outlined in color. Issued shortly after the Brazilian war of Independence that freed the massive South America nation from colonial Portuguese control in 1822, this map covers Brazil and Paraguay from Colombia to Rio de la Plata. In 1831, Pedro I, the founder and first ruler of the new Empire of Brazil abdicated in favor of his five year old son and left for Europe. Under the weak regency, elected to rule the country until Pedro II came of age as Emperor, Brazil descended into in civil war. In 1840, Pedro II was declared fit to rule and, proving a strong monarch, managed to bring stability and peace to Brazil.