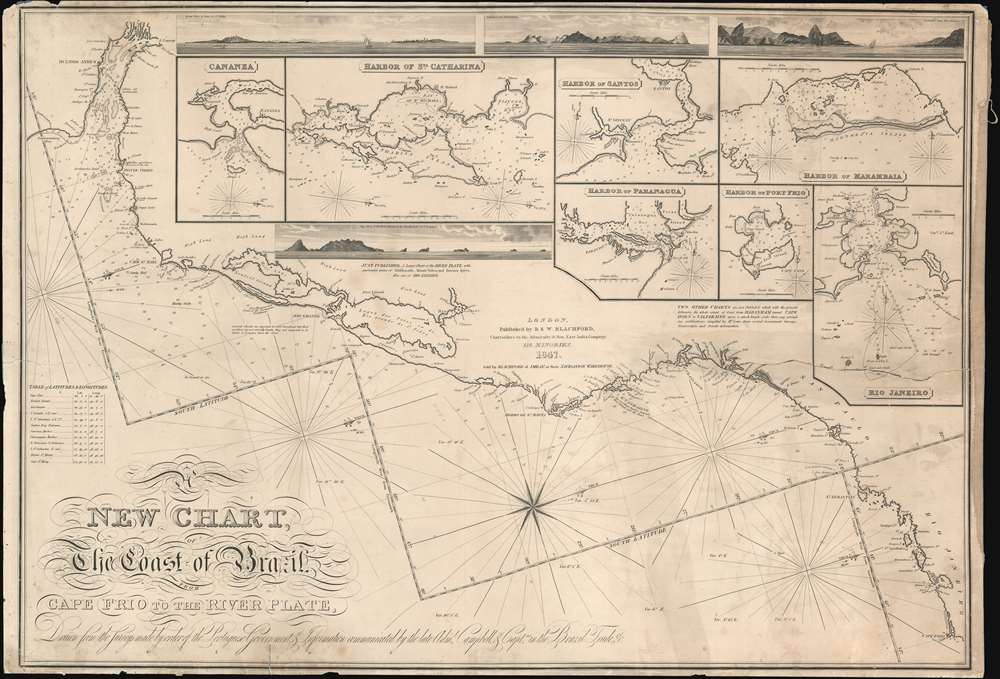 Rare chart by an uncommon but important English blueback maker.

A very rare 1847 Robert Blachford blueback nautical chart or maritime map of the Coast of Brazil from the Rio de la Plata (Buenos Aires) to Rio de Janeiro. The chart includes four profile recognition views and seven inset charts including: Rio Janeiro; Harbor of Marambaia; Harbor of Port Frio; Harbor of Paranagua; Harbor of Santos; Harbor of St. Catharina; and Cananea. The cartography is attributed to Rear-Admiral Donald Campbell (1752 - 1819), briefly commandant of the Brazilian squadron of the Portuguese navy during the early 19th century. Campbell, although Scottish, was in the employ of the Portuguese Navy, as the British had interest in defending the Brazil trade against possible French attack during the transition of the Portuguese monarchy to the New World.

This map was first issued in 1835. The present example is the 1847 reissue, distinguished by the 'Sold by Blachford and Imray, at their Navigation Warehouse' inscription under the R. and W. Blachford imprint. All examples are extremely rare with no examples cited in the OCLC and only one other known in private hands.