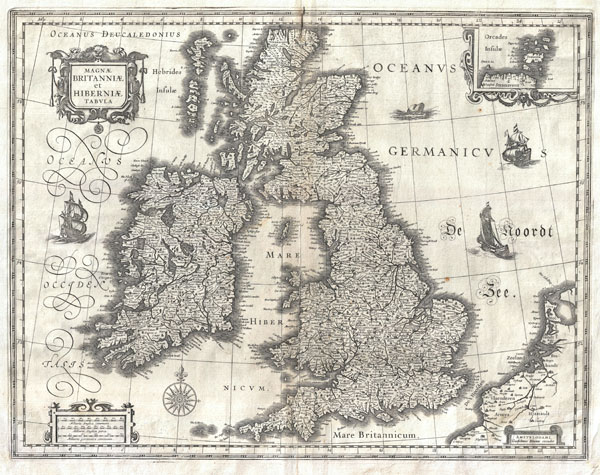 This is Guillaume Blaeu's 1631 map of the British Isles. Covers all of England, Scotland, Wales, and Ireland with adjacent parts of France and Holland and an inset of the Orkney Islands. Cartographically this map is based upon the plates of Jodocus Hondius, which Blaeu acquired in 1629. The original plate drawn by Hondius in 1617, had decorative border images surrounding the map, but Blaeu was forced to reformat the map, sans images, for issue in his seminal Atlas Major. This map would become Blaeu's standard representation of the British Isles and was published in most subsequent Blaeu atlases issued between 1634 and 1672. A sharp crisp impression suggests an early strike.