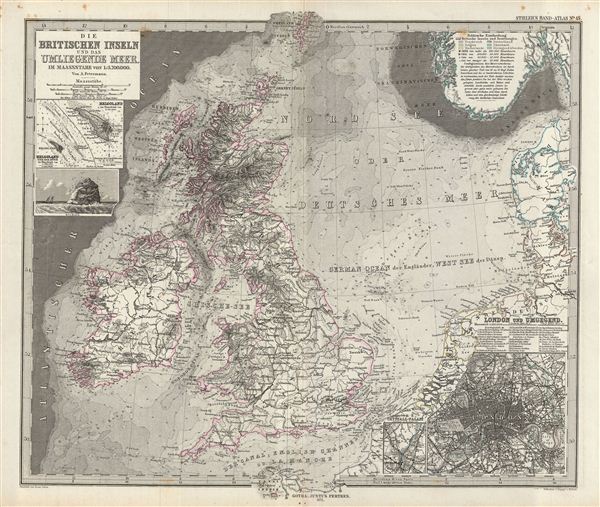 This is a beautiful example of Stieler's 1873 map of the British Isles and its surrounding seas and one of the more attractive maps from this series. The map covers england, Wales, Scotland and Ireland including the Shetland and Channel Islands. Map is highly detailed with both political and physical data including countless depth soundings in fathoms. An inset map in top left quadrant, just below the title, details Helgoland and includes a beautiful illustration of Rockall. Two additional insets in the lower right quadrant focus on London and the Crystal Palace. Various cities, mountains, roads, rivers and an assortment of additional topographical details are noted. Printed to a high production standard, as was typical of German and especially Perthes/Stieler maps of this period. Published by the Justus Perthes firm for issue as plate no. 45 in the 1873 edition of Stieler's Hand-Atlas