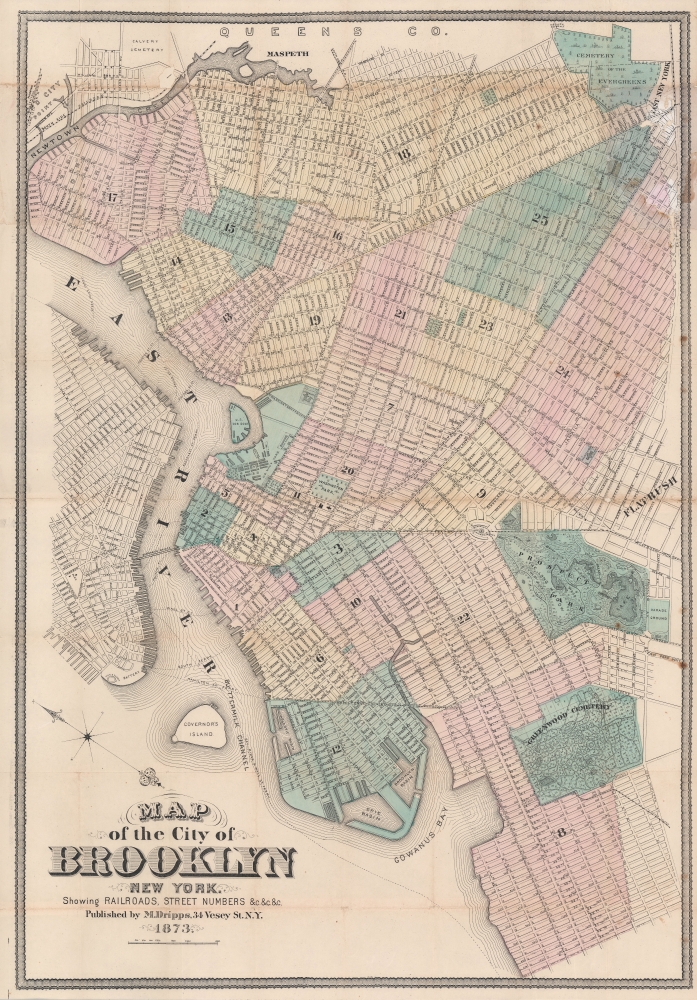 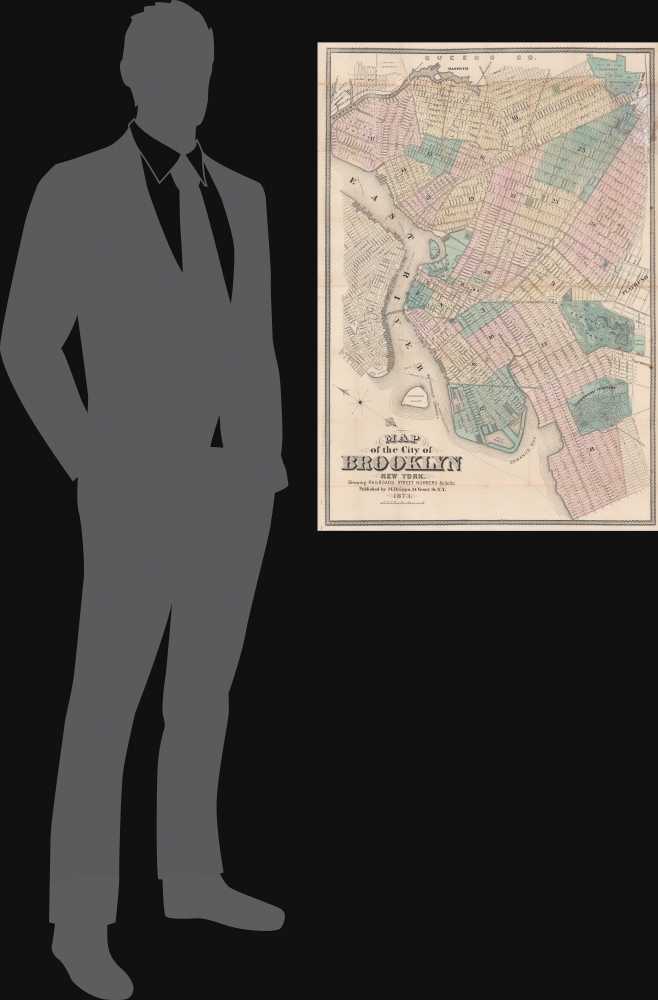 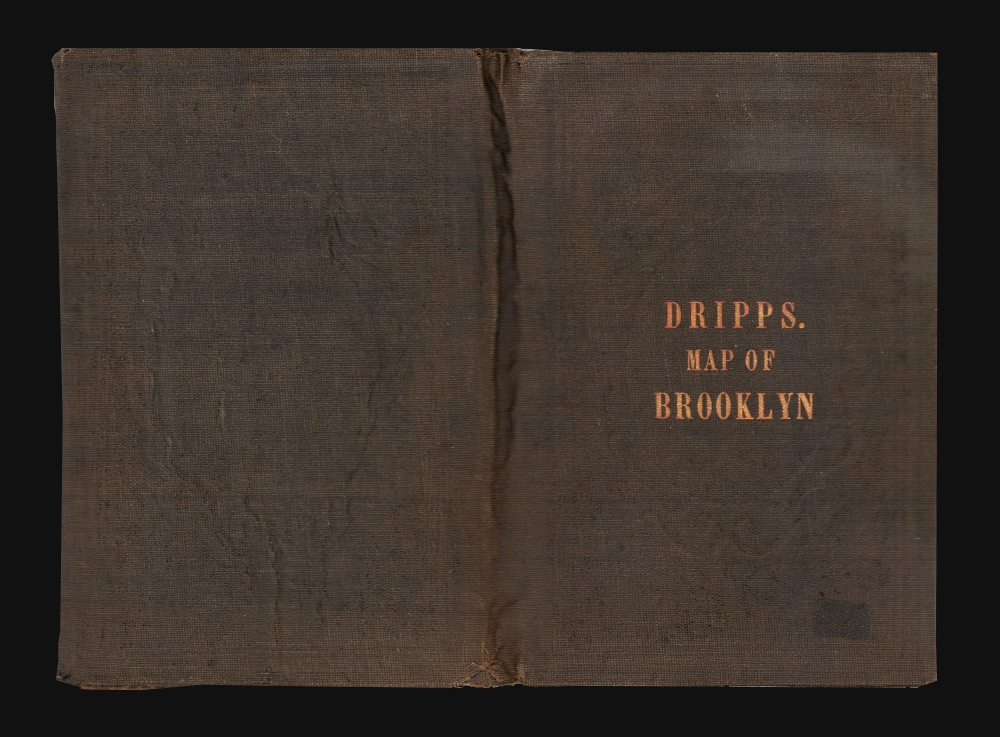 One of the first general maps of Brooklyn to include a completed Prospect Park.
$1,600.00

A rare 1873 map of Brooklyn, New York by Matthew Dripps. Unlike most maps of Brooklyn from this period, which were oriented to the west, Dripps adopts a more modern convention by orienting his map to the north - and in doing so established a revolutionary new convention followed by most subsequent Brooklyn mapmakers. This is also one of the first general maps of Brooklyn to include Prospect Park, which was completed in 1873, after 4 years of continuous construction. The map covers Brooklyn from Evergreen Cemetery and the Newtown Creek south to roughly 60th street. It extends east to Clarkson Avenue and Fort Hamilton Avenue. It includes modern day Brooklyn Heights, Williamsburg, Greenpoint, Fort Green, Bedford Stuyvesant, Bushwick, Park Slope, Flatbush, Clinton Hill, Boerum Hill, Prospect Heights, and Fort Green. When this map was issued Brooklyn was a bustling city but remained very much in the shadow of Manhattan. Today, Brooklyn is officially the 'Hippest place on earth!'

This map published by Matthew Dripps in 1873. We are aware of no earlier edition, but there was a contemporaneous map of the same title, also by drips, at 50% scale. The map is held by approximately 5 institutional collections - often in poor condition. No market history.

Good. Laid on archival tissue for stabilization. Some verso fill and reinforcement along old fold lines - especially at fold intersections. Stabilized damage where originally attached to binder, near East New York. Some foxing.