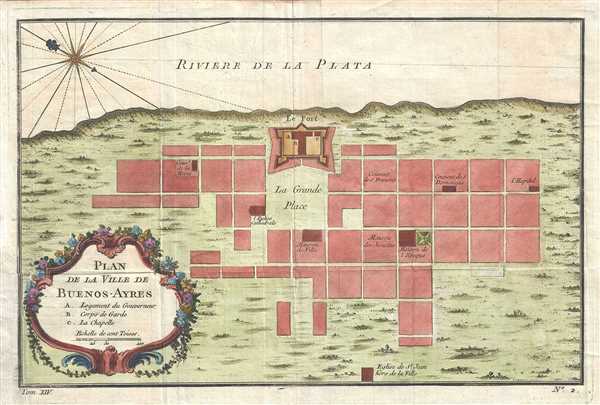 This is a beautiful 1758 map of Buenos Aires by Nicolas Bellin. Oriented with north to the southeast, the map depicts the forth and surrounding blocks and streets. Identifies some important buildings. The map also shows beautifully rendered topography throughout. First established in 1536 by Pedro de Mendoz as Ciudad de Nuestra Señora Santa María del Buen Ayre, and again by Juan de Garay in 1580.