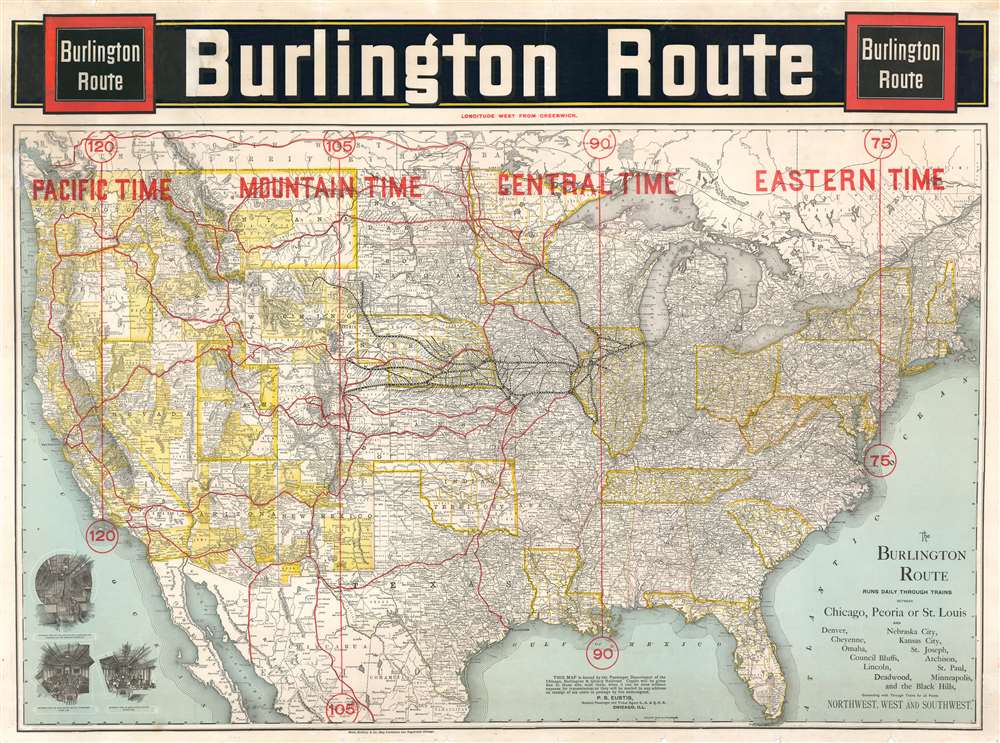 A wonderful wall map of railroad routes in the western United States highlighting the Burlington Route.
$975.00

Perhaps the most eye-catching feature of this map is the large block lettering informing the viewer of the four time zones present in the United States: Eastern, Central, Mountain, and Pacific Time. Time zones, universally adopted in the United States on Sunday, November 18, 1883, were created to standardize railroad times across all the railroads operating within the U.S. Before the implementation of time zones, each railroad operated on its own standard time. In practice, this meant that railroad junctions served by several different railroads had several different clocks, one for each railroad, all set to different times. Universal adoption of standard time was not immediate, and it would not be until the Standard Time Act was adopted on March 19, 1918 that the practice was formally adopted across the country.

This map was created by Rand McNally for the Chicago, Burlington and Quincy Railroad and published in 1892. Rare. Four examples are recorded in the OCLC as being part of the institutional collections at the Library of Congress, Pennsylvania State University, the University of Illinois at Chicago and the University of California Berkeley.