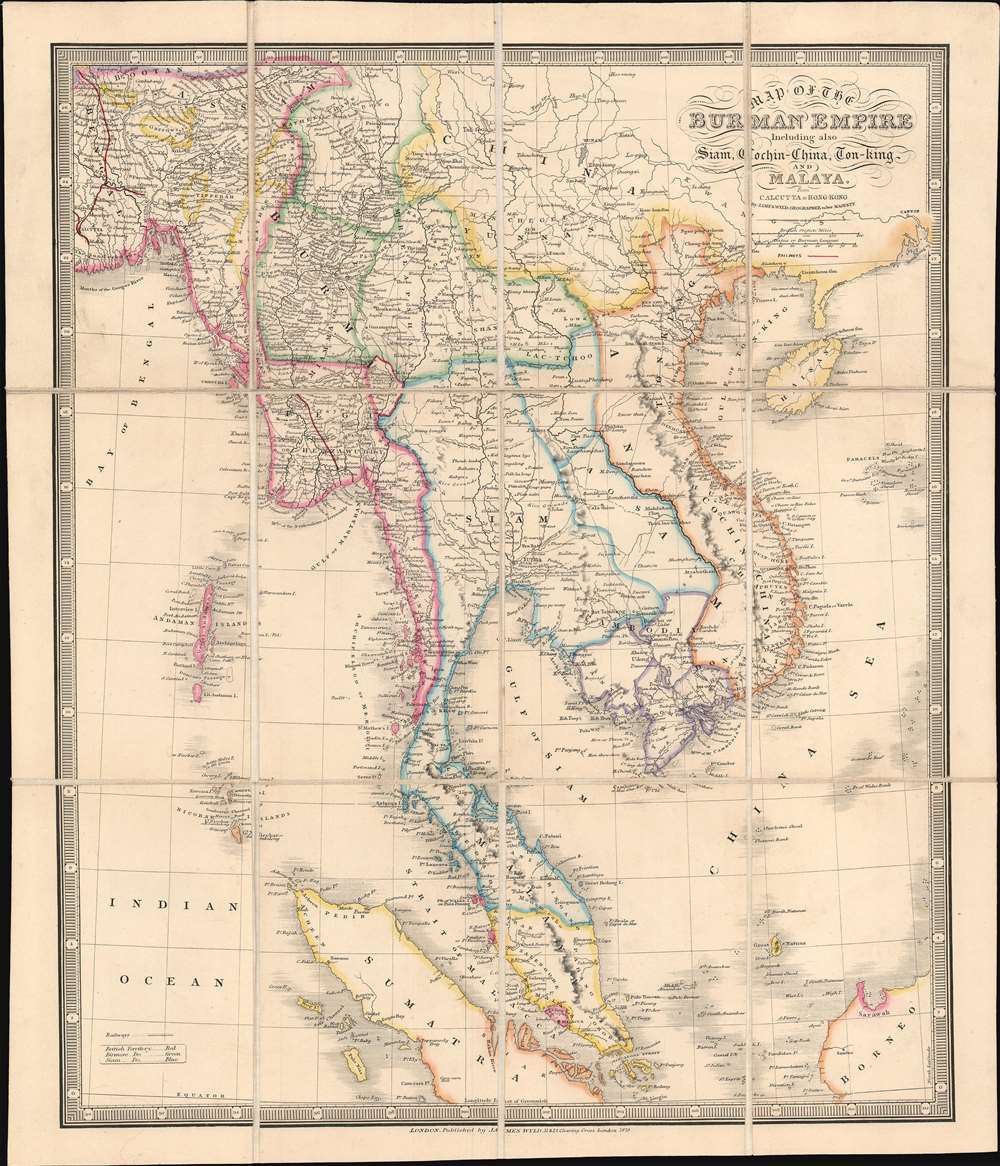 This 1879 James Wyld map of Southeast Asia highlights a vital section of the British Empire's 19th-century global trade network. Depicting from Calcutta to Hong Kong and from Darjeeling to Singapore, Sumatra, and Borneo. This network, from India to China, a major trade artery, was commonly known 'Maritime Silk Road.' This trade network operated for most of the 19th century, but, after the British moved the capital of British India to New Delhi in the early 20th century, Calcutta's importance gradually faded.

During the 19th century, Singapore and Hong Kong experienced similar evolutions. Both cities flourished under British dominion, growing from small, relatively sparsely populated islands, into bustling international trade hubs. Singapore acted as a link between the Far East and India and the recently opened Chinese market. Hong Kong provided a gateway to Chinese markets and supplied a natural transfer point for products moving in and out of China. Neither Singapore nor Hong Kong produced their own products. However, both created environments conducive to internationalism and the blending of cultures.

Calcutta, named the capital of British India in 1772, evolved differently than Singapore and Hong Kong. One of the apparent differences that played a critical role is that Calcutta, unlike the other two cities, is not situated on an island. This allowed the city to develop into a large international market city, transforming the countryside around the city into areas devoted to trading. Also, as it was a vital port, Calcutta exported nearly half the tea, cotton, sugar, coal, and saltpeter produced in India by the late 18th century. Since Calcutta was the capital, it also benefitted from access to an extensive road and railway network, which allowed goods and workers to arrive in the city easily. Calcutta's large navigable river, the Hooghly, also played a crucial role in its growth.

This map was created and published by James Wyld in 1879. One example is cataloged in OCLC and is part of the collection at the National Library of Australia. The OCLC also records four earlier editions, and we have also encountered at least two other earlier editions that are not present in OCLC.