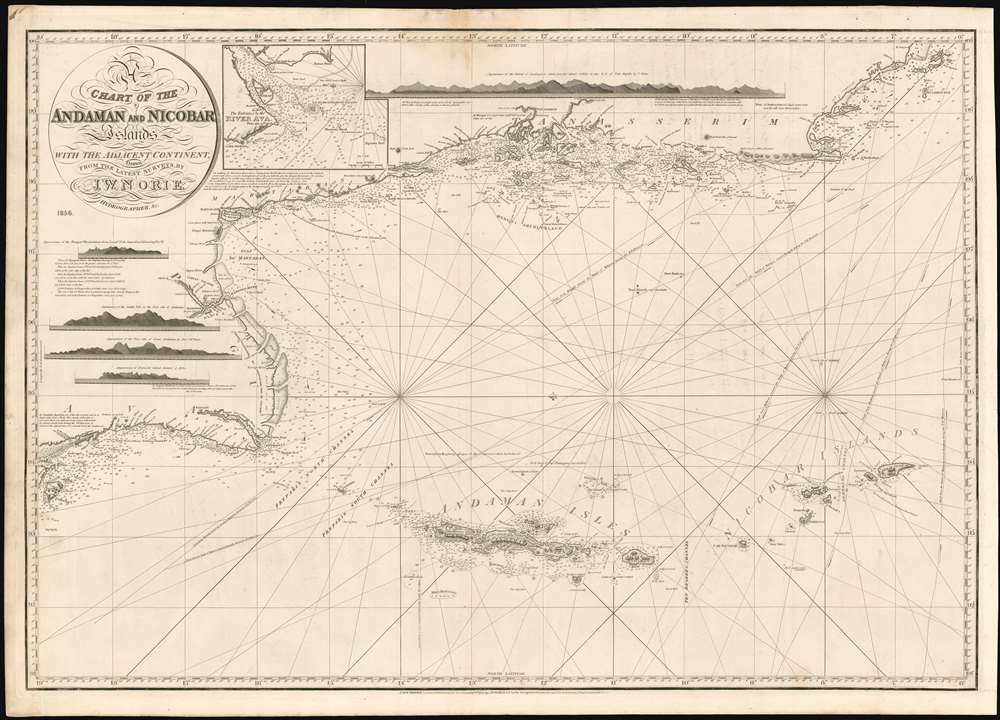 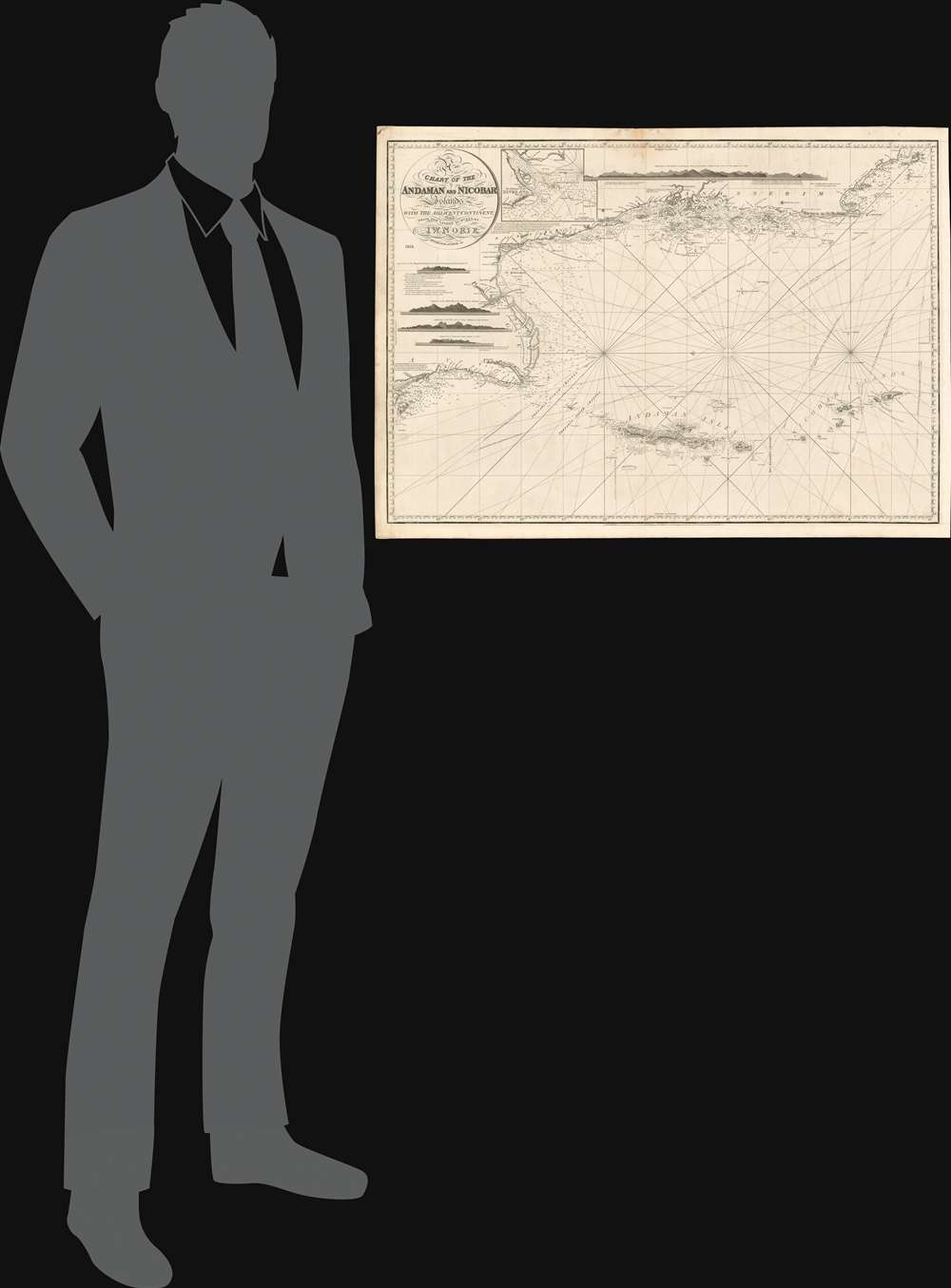 An extremely scarce 1856 nautical chart or maritime map by J. W. Norie depicting the Andaman Islands and Nicobar Islands, as well as parts of modern-day Burma (Pegu) and Thailand (Tanasserim). Oriented to the east, Norie's map covers from Ramree Island and Sandoway (today a popular resort known as Nagapali Beach, Myanmar), then southeast around Pegu and past Rangoon (Yangon), then along the Myanmar and Thai coastline as far south as Ko Tarutao (Trotto), in modern day south Thailand. The map includes the large Thai coastal city and island of Phuket, then Junkseylon Island.

The foci of this map, as the title suggests, are the Andaman and Nicobar Islands. The Andaman Islands were well known even in antiquity. Although Ptolemy may have mentioned them under a different name, they were definitely referred to by 9th century Arab geographers. In the 10th century the Persian navigator Buzurg ibn Shahriyar of Ramhormuz refers to them in his narrative Ajaib al-Hind (The wonders of India). Shahriyar describes the inhabitants of Great Andaman as fierce cannibals - a reputation they would maintain will into the late 19th century. Marco Polo also refers to the Andamans where, in one of his more whimsical and memorable passages, he describes the inhabitants as having heads like dogs.

Although first mapped in some detail in the late 1780s by British naval commanders, the Andaman Islands remained in relative obscurity well into the early 19th century. The British founded several minor colonies on the island including the penal colonies of Port Chatham and Port Cornwallis. These initial forays into settling the islands were general failures due to high instances of disease and an exceptionally fierce indigenous population. In 1824, shortly after Norie issued the 1817 first edition of this map, the Andaman Islands attained greater significance. Port Cornwallis, on the northwestern coast of Great Andaman, was chosen as a staging point for British fleets transporting troops to Pegu to fight in the First Burmese War. The Second Anglo-Burmese War – which ended with Britain’s complete domination of the region – ended in 1853, just before the publication of this map. Significant improvements to the charting of the coastline appear along the Burmese coast near Mergui and the coast south of Ramree Island, although it is unclear whether these updates appeared on the new 1833 plate or were added for the 1856 update. Despite the regularly updated charts, the archipelago was hazardous to navigate and throughout the 1830s and 1840s had been the site of countless shipwrecks. The survivors of these shipwrecks were rarely seen again. Some of these may have been victims of indigenous anthropophagi, though Ramree Island is notorious for its voracious crocodile population, which was reputed to have played an effective role in preventing the Japanese retreat from the island in February 1945.

While the Andamans are now often sought by tourists and divers, not all of the islands are friendly to outsiders. The denizens of North Sentinel Island (North Centinel, on the chart) are well known for their violent rejection of outsiders, retaining their status as one of the world’s few ‘uncontacted peoples.’

Norie produced his first edition of A New Chart of the Andaman and Nicobar Islands in 1817, and updated it at least twice, in 1827 and 1831. This in turn was replaced in 1833 with A Chart of the Andaman and Nicobar Islands, an entirely new plate, which was then re-issued by Norie and Wilson in 1856. Norie charts are rare: this example is exceptionally so. While we are aware of three other copies that have reached the market, there are no copies of any edition of this chart listed in OCLC.

Very good. Few marginal mends with no loss of image. Stain at upper centerfold.
Looking for a high-resolution scan of this?