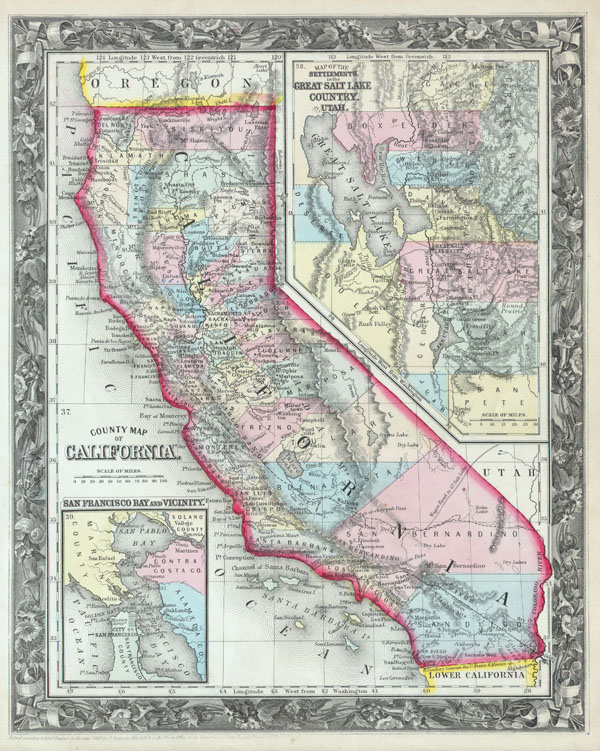 This beautiful hand colored map is a lithographic engraving of the states of California and Utah dating to 1860. Map divides the state into counties with notations on both political and geographical features. An inset map entitled 'Map of the Settlements in the Great Salt Lake Country, Utah' is indication of the development of the area by Mormon migrants. Another smaller inset depicts San Francisco Bay and Vicinity. This is a first edition of the series of California map produced by Mitchell Jr. starting in 1860. It is distinguished from later editions by being much brighter and more beautifully rendered. Produced by the legendary American map publisher S. A. Mitchell Jr. Dated and copyrighted '1860 by S. Agustus Mitchell Jr..'