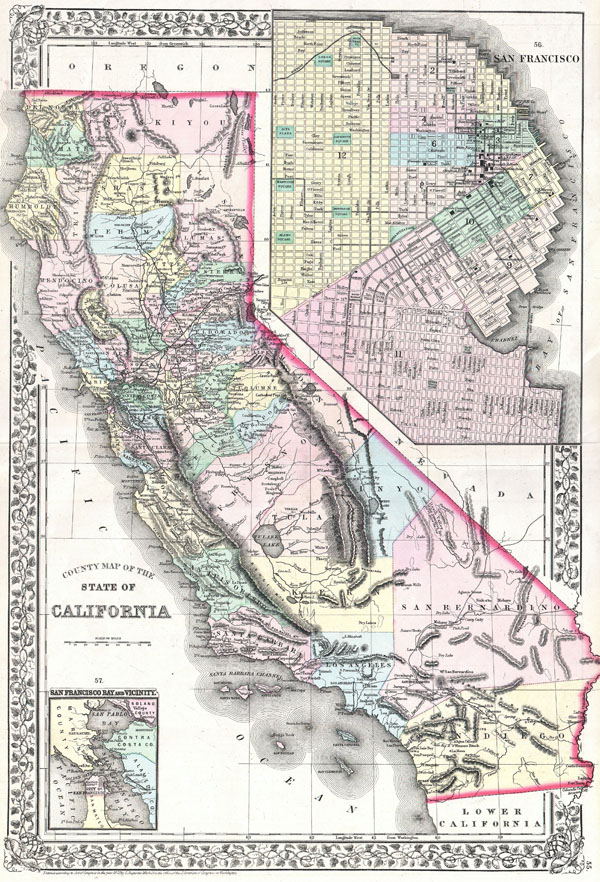 A beautiful example of S. A. Mitchell Jr.'s 1872 map of California and San Francisco. Detailed to the county level with attention towns, geographical features, proposed railroads, and cities. Upper right hand quadrant features a large and detailed inset map of San Francisco, labeling individual streets, buildings and railways. Lwoer left features a smaller inset of San Francisco Bay and vicinity. One of the most attractive atlas maps of this region to appear in the mid 19th century. Features the vine motif border typical of Mitchell maps from the 1866-1881. Prepared by S. A. Mitchell for inclusion as plates no. 55 and 56 in the 1872 issue of Mitchell's New General Atlas. Dated and copyrighted, 'Entered according to Act of Congress in the Year 1872 by S. Augustus Mitchell Jr. in the Clerk's Office of the Librarian of Congress at Washington.'