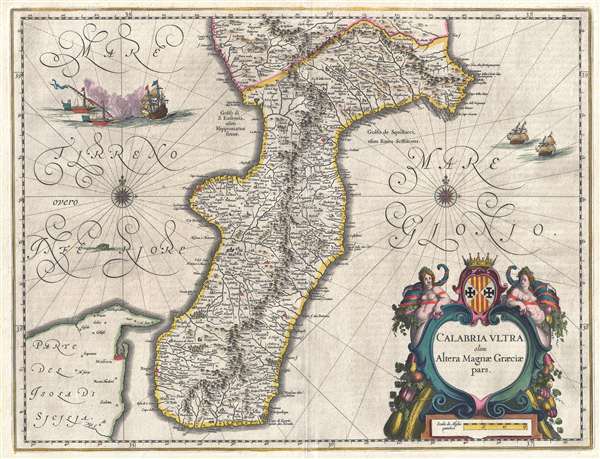 This beautiful old color 1646 Willaem Janszoon Blaeu map of Calabria depicts the entire region as well as extreme southern Basilicata and northeastern Sicily. The cities of Regio (Reggio) and Tropea are easily recognizable and are two of the most important contemporary cities in Calabria. Countless other cities and towns are also labeled. This map features exquisite detailing and scrollwork. This edition of the map features a much more elaborate title cartouche, with the addition of a coat-of-arms and allegorical figures. An intricate and wonderfully colored compass rose has been placed in the Tyrrhenian Sea, as well as what appears to be a depiction of a naval battle. Calabria is also one of Italy's finest regions known for exceptional mineral rich red wines.