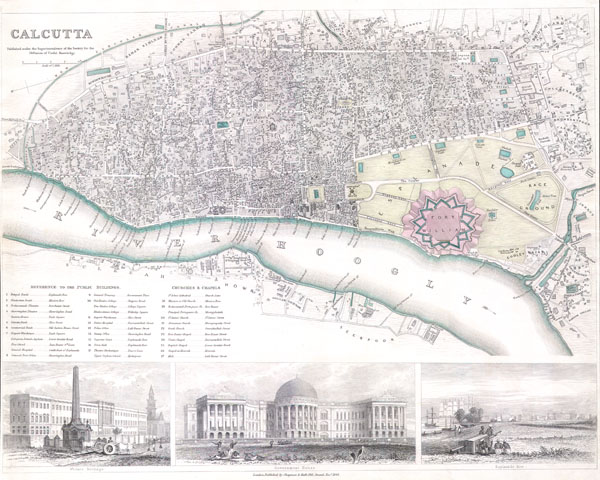 This is a S.D.U.K. map or city plan of Calcutta, India. Calcutta was once the administrative capital of British India. The lower part of the map is decorated by several beautiful engraved illustrations of important Calcutta locations, including the Government House, Esplande Row, and the Writer's Buildings. As much as possible individual streets are indicated as are souks and bazaars. Published by 'Chapman and Hall of 186 Strand Street in November of 1842.'