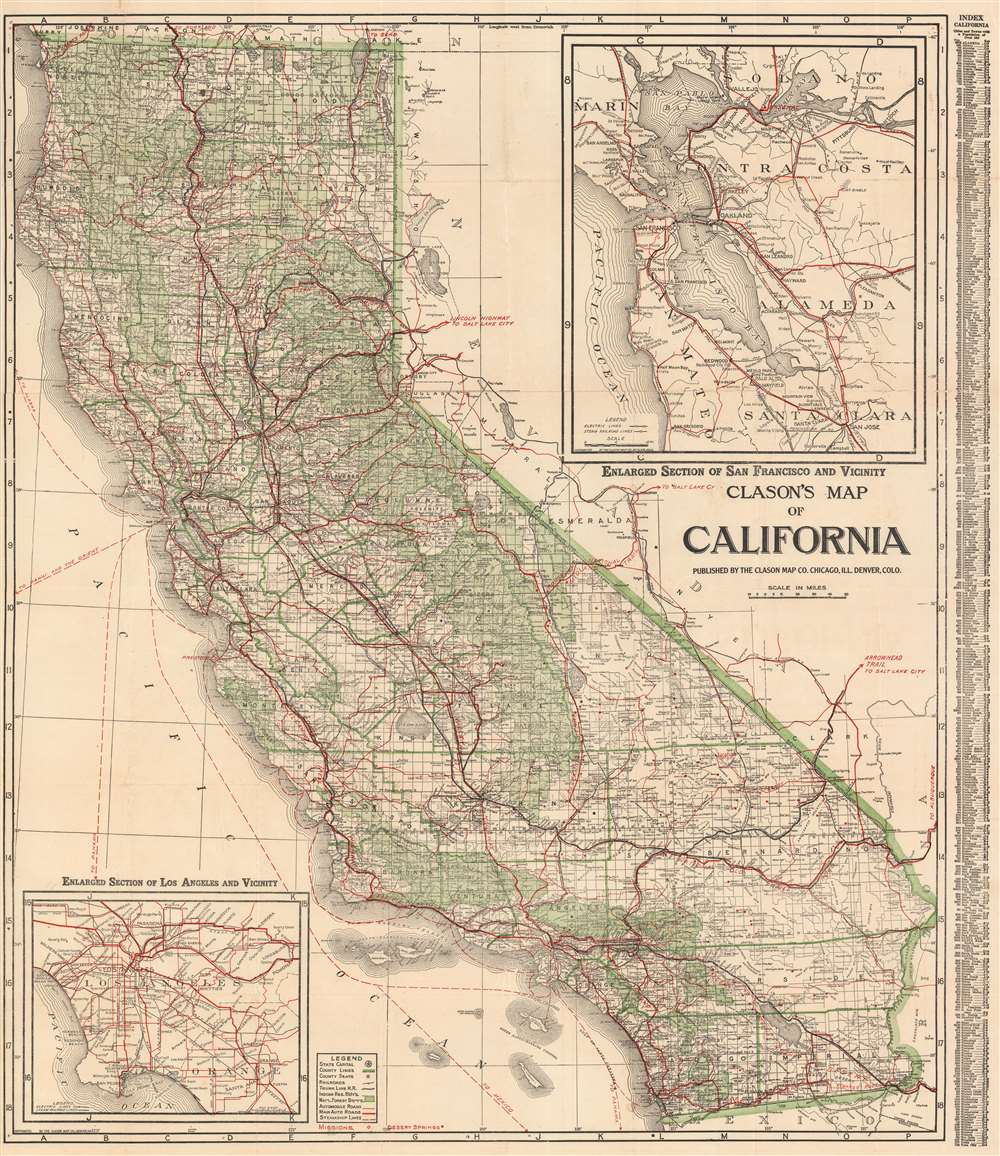 This is a large and highly detailed c. 1920 Clason Map Company pocket format map of California. This map depicts the entire state of California with green highlighting to distinguish county borders and national forest lands. Inset submaps in the upper right and lower left quadrants focus on the San Francisco Bay area and the vicinity of Los Angeles, respectively. An index set along the map's left-hand border offers population statistics and a key to various cities throughout the state.

Issued by the Clason Map Company of Denver, Colorado and Chicago, Illinois. This map underwent many changes and revisions between 1920 and 1930, all editions of which are undated. The census data on the map correlates to the 1920 Federal Census, which is how the map was dated. While there are some bridges and such on the map that were not constructed as of 1920, it was common to included planed and anticipated bridges on maps to increase their longevity. Nonetheless, with a c. 1920 date, we are confidante that the map was issued sometime between 1920 and the next Federal Census in 1930.