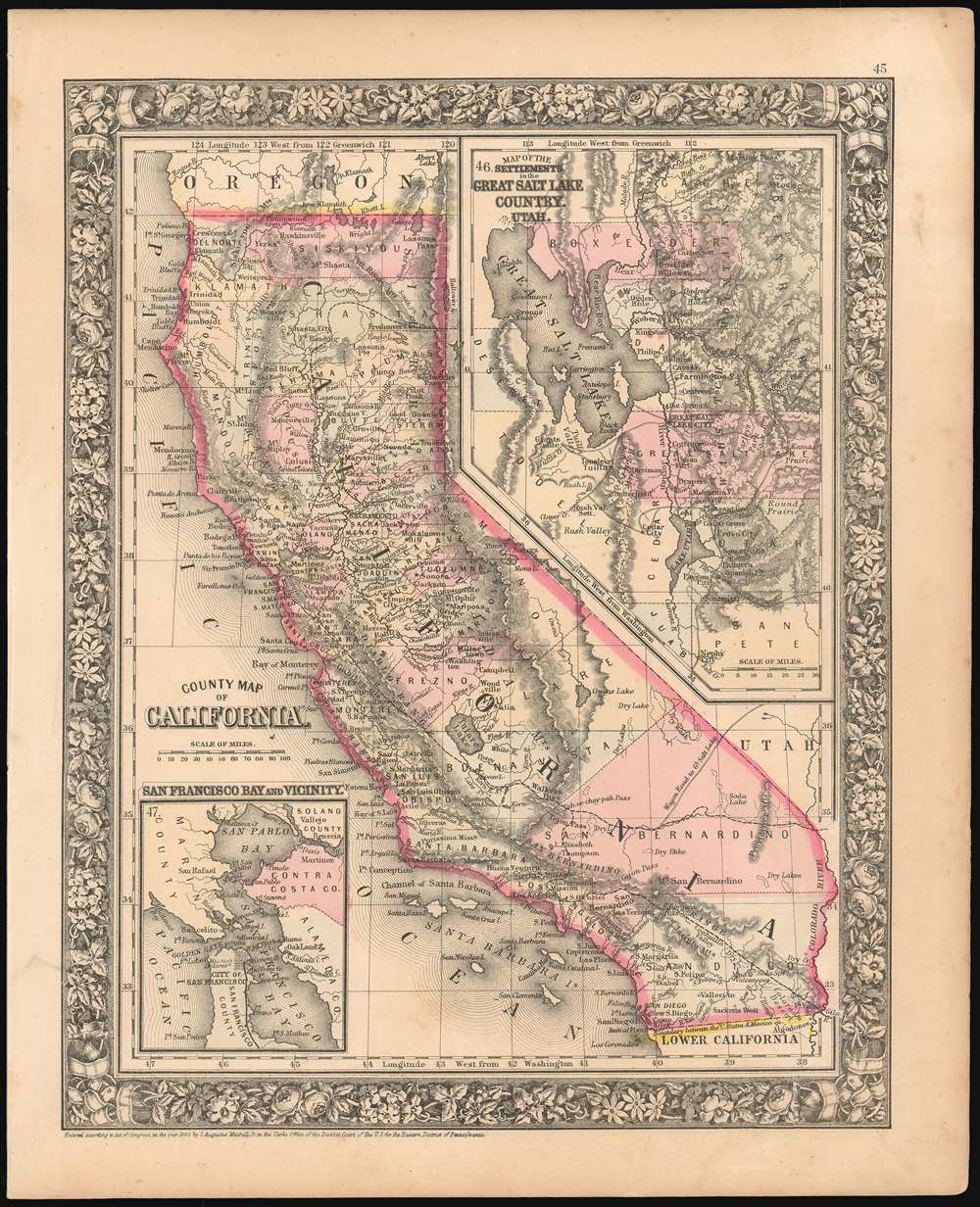 Mitchell's map of California with inset of the Great Salt Lake.
$200.00

A scarce 1866 S. A. Mitchell map of California covering not only that state, but also including a detailed inset map of the region surrounding the Great Salt Lake in Utah, showing the settlements there. Another inset, in the lower left quadrant, details San Francisco Bay. Each region is rendered in considerable detail. The map shows the proposed routes for the Southern Pacific and Central Pacific Rail Roads, and includes some of California’s first completed rail lines, connecting Sacramento with Placerville and Marysville. The San Francisco and San Jose Railroad can be seen connecting those two cities, both on the general map and on the detail of the Bay area. The Salt Lake City regional map does not, of course, show railways, but wagon routes between settlements are clearly marked. Topography is indicated with hachures. The map is hand colored, highlighting the map according to county.

This plate was created by Mitchell in 1860, and stayed in publication with amendments until 1867, after which point it was replaced by a completely different map. This example features the vine motif border typical of Mitchell maps from the 1865-80 period, and was included as plate 45 in the 1866 edition of Mitchell's New General Atlas. Dated and copyrighted, 'Entered according to Act of Congress in the Year 1860 by S. Augustus Mitchell Jr. in the Clerk's Office of the District Court of the U.S. for the Eastern District of Pennsylvania.'