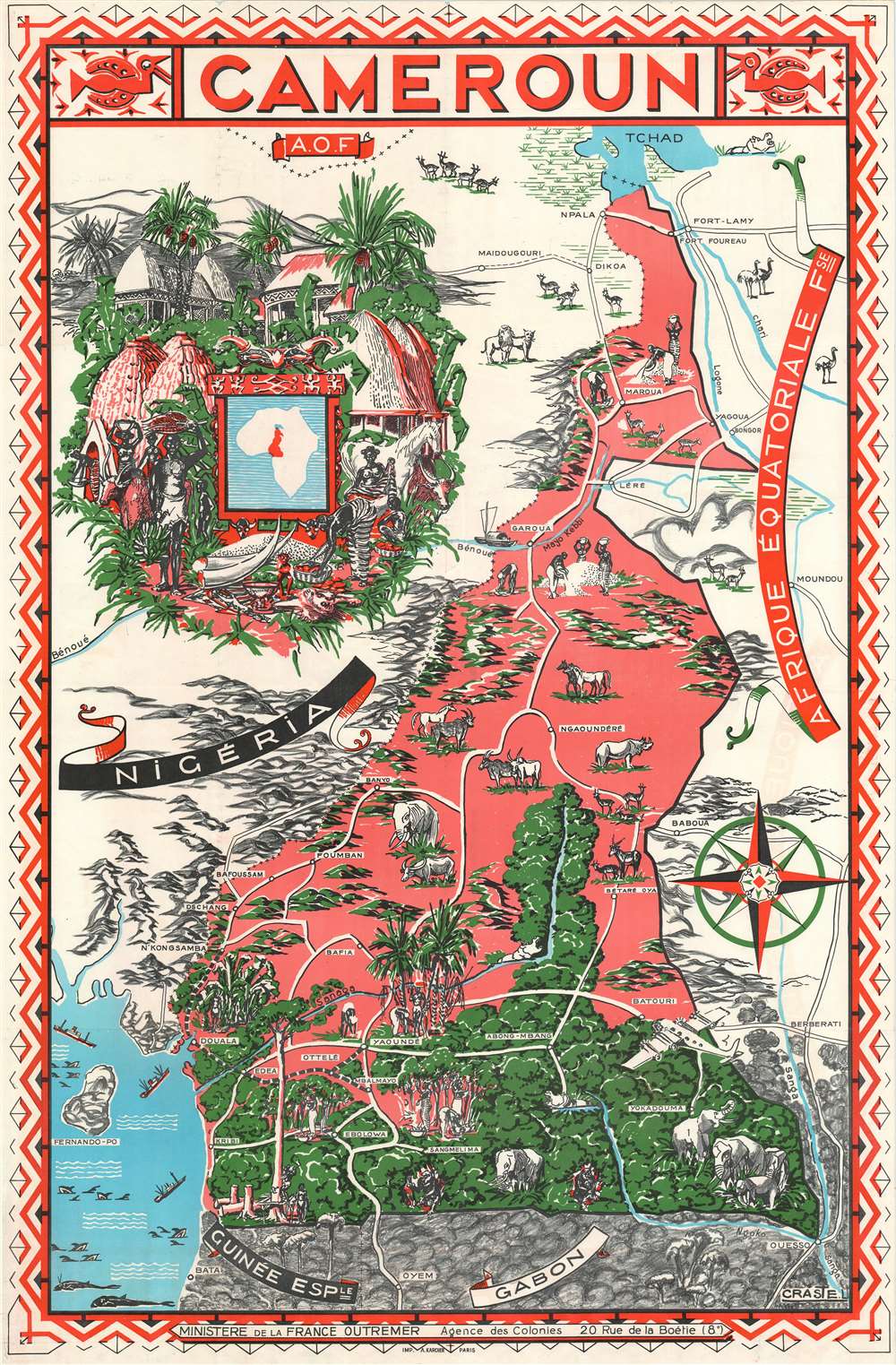 This is a 1951 Léon Craste pictorial map of Cameroon. The map depicts the region from French West Africa and Nigeria to French East Africa and from Lake Chad to Gabon and Spanish Guinea. Created for the French Ministère de la France Outre-Mer (Ministry of Overseas France), charming illustrations of African animals and a native village put forward an appealing vision. Elephants, rhinos, lions, and hippos, some of the most recognizable animals in the world, are included, adding to the exotic aesthetic. This aesthetic, however, is encapsulated by the depiction of a native village in the upper left quadrant. Partially clothed natives stand staring at the 'camera' going about their daily activities and are surrounded by 'everyday' African objects, including a lion-skin rug and two elephant tusks. Huts and a lush green forest complete the vision. Exoticism had always been an important part of French promotion of the colonies, with a particularly good example being the 1931 Colonial Exposition in Vincennes.

The French became the 'stewards' of Cameroon following World War I when France and Great Britain were granted a League of Nations mandate after Germany was divested of its colonial holdings. After World War II, French Cameroon became a member of the French Union, much to the chagrin of the Cameroonian people. It would not be until January 1960 that Cameroon would gain independence from France.

This map was created by Léon Craste for the French Ministère de la France Outre-Mer and printed by the Imprimerie A. Karcher in 1951. The only other known example is part of the David Rumsey Map Collection at Stanford University.

Leon Craste (1887 - 1970) was a French artist. Craste is largely remembered for his pictorial travel maps of French West Africa.


The Imprimerie Alfred Karcher (1911 - 1999) was a French publishing firm founded by two Alsatian brothers,Jules and Alfred Karcher, in the 10th arrondissement of Paris.