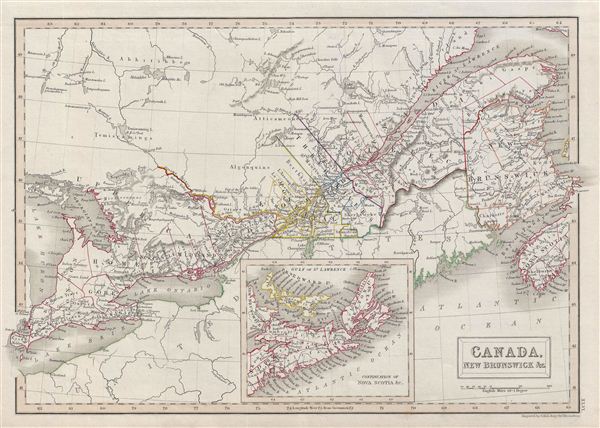 A fine example of Adam and Charles Black's 1840 map of Canada. The map covers from essex to Cape Breton Island in Nova Scotia (shown via inset at bottom center). It includes Upper (Ontario) and Lower (Quebec) Canada, New Brunswick, Nova Scotia and Prince edward Island. Also shows the Great Lakes Ontario, erie and Huron. This map was drawn during the time following the Canadian Rebellions of 1837 against the British empire. This eventually led to a single colony of the United Province of Canada and the adoption of representative government by 1848. This map was engraved by S. Hall for issue in the 1840 edition of Black's General Atlas.