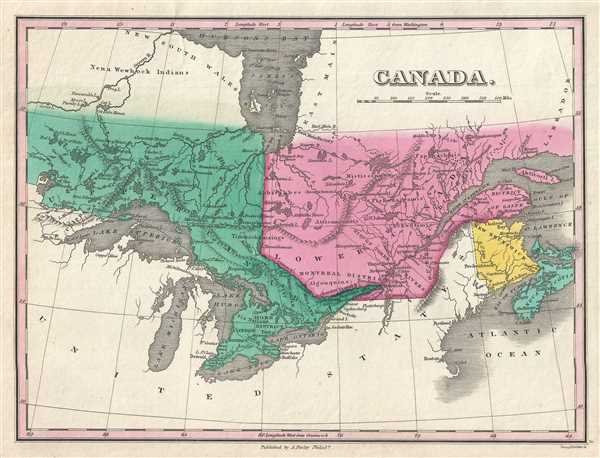 This is an 1828 Anthony Finley map of Canada. The map depicts the region from Hudson Bay to the United States and from the Winnipeg River to the Gulf of St. Lawrence and the Atlantic Ocean. Upper Canada (Ontario), Lower Canada (Quebec), New Brunswick, Nova Scotia, and all five of the Great Lakes are labeled. The names of numerous American Indian Nations are indicated throughout. The 'Three Rivers' or Trois-Rivières district is also noted. Three Rivers was a primarily French administrative region in Quebec established in the 18th century.