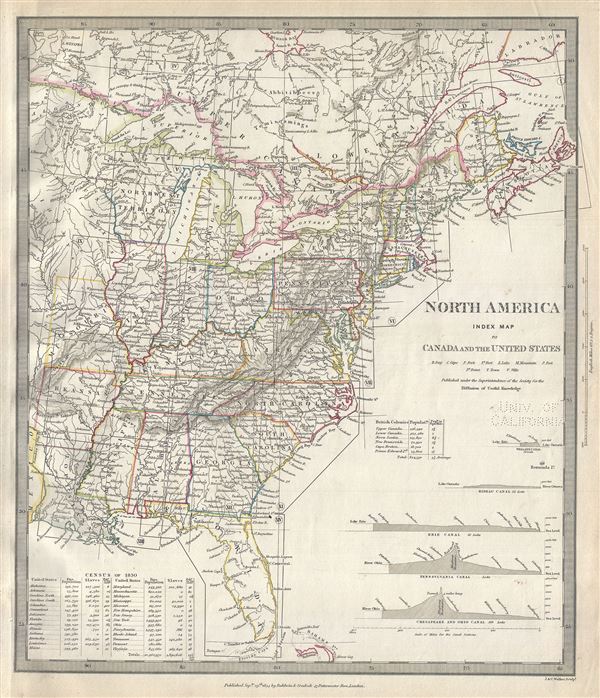 An uncommon 1834 map of the United States issued by the Society for the Diffusion of Useful Knowledge or S.D.U.K. Parts of Canada are also included. The map covers the United States east of the Mississippi as well as the Trans-Mississippi territories of Louisiana, Arkansas and Missouri. Several Indian tribes are identified, including the Chippeways, Sioux, Foxes, and others. Wisconsin and Iowa are shown with amorphous boundaries. Most of what is today Wisconsin is identified as 'Northwest Territory.' The northern boundary of Maine is depicted according to British claims prior to the Treaty of 1842. The map also includes profiles of 5 canals in the lower right quadrant and the United States census of 1830 listing the free and slave population according to states.