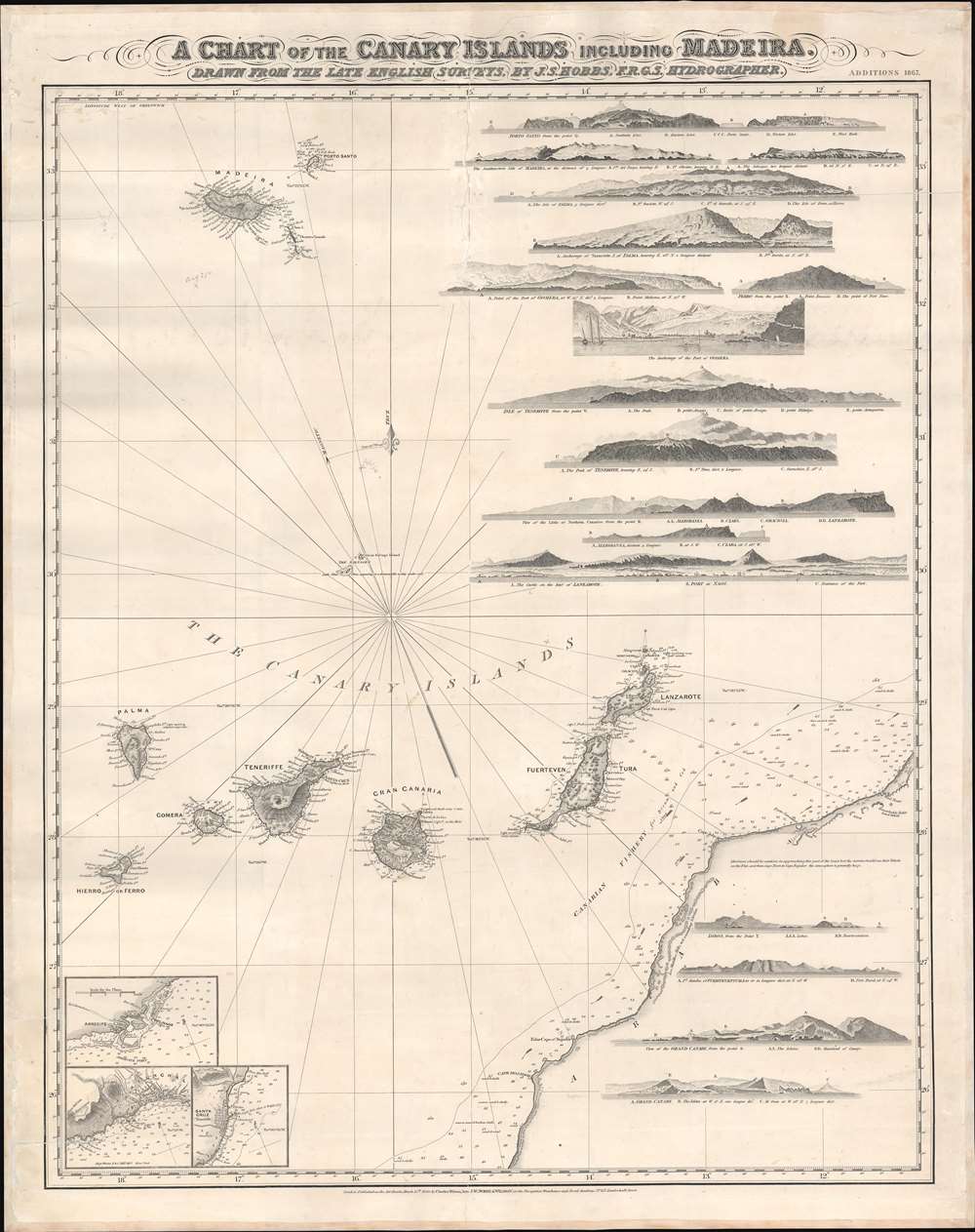 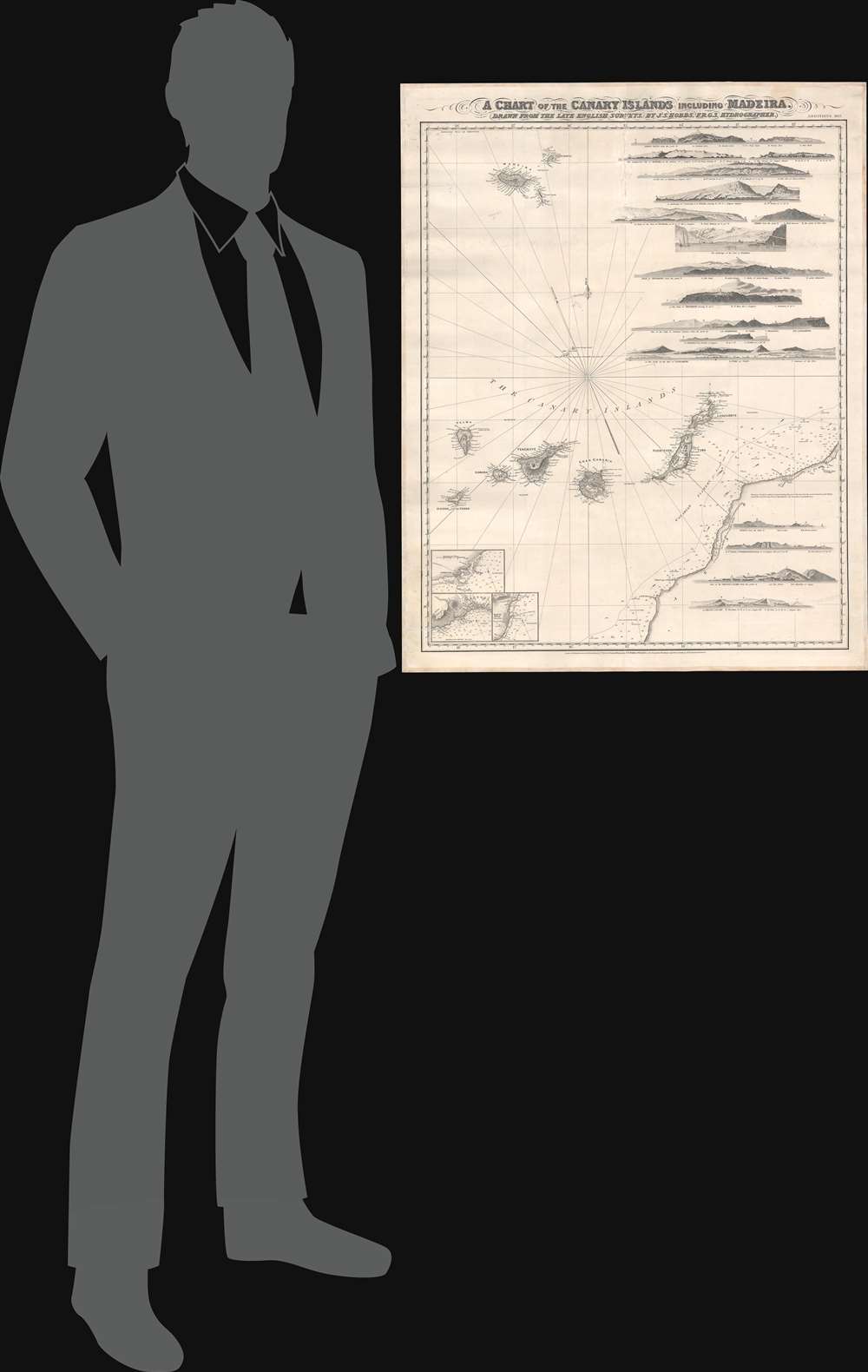 An exceptionally beautiful 1867 James Norie and Charles Wilson nautical chart or maritime map of the Canary Islands and Madeira, including part of western Africa. As a whole the map offers excellent detail with inland topography on all of the islands as well as countless depth soundings. There are three inset detail maps in the lower left focusing on Arrecife, Funchal, and Santa Cruz. An additional seventeen land profile charts filling the upper right and lower right. The title is set in an elaborate typeface just outside the map's upper border.

The Canary Islands were a popular stopping point for ships traveling between Europe and the Americas. By the time this map was made, Madeira was known around the world for its fine desert wines, among the most popular luxury beverages in the Western Hemisphere throughout the 17th and 18th centuries.

Cartographically this map is based on the work of J. S. Hobbs. It was engraved by Charles Wilson, of 'Norie and Wilson,' a nautical publishing firm based at 157 Leadenhall Street, London.


Charles Henry Hitchcock (August 23, 1836-November 5, 1919) was an American geologist. He was born in Amherst, Massachusetts to Edward Hitchcock (1793-1864), himself a professor of geology and natural theology at Amherst College, and Orra White Hitchcock, who illustrated much of his father's work. He was assistant state geologist of Vermont (1857-61), state geologist of Maine (1861-2), and New Hampshire state geologist (1868-78), during which latter tenure he produced the first set of detailed maps of the geology of New Hampshire. He taught at Dartmouth College in from 1868 to1908, holding the Hall Professorship of Geology and Mineralogy. Learn More...

Very good condition. Cleaned and re-backed. Split with slight loss repaired at top center.
Looking for a high-resolution scan of this?