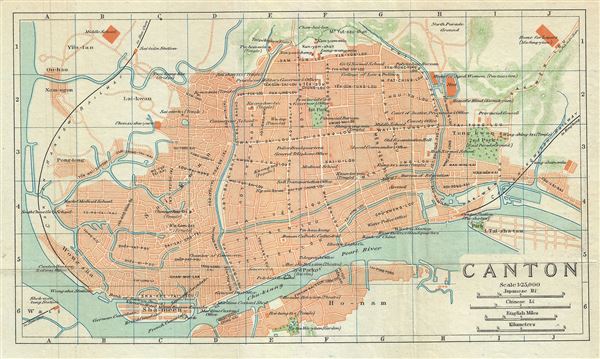 This is a 1924 map of Canton or Guangzhou or Kwangchow by the Imperial Japanese Government Railways. It covers part of Guangzhou, the largest city of the Guangdong province located on the Pearl River. This map is highly detailed and notes individual streets, buildings, rivers, parks, schools, government offices, as well as topography. The Canton-Hankow Railway line is also noted.

Today, Guangzhou and Guangdong Province account for the largest population in China and roughly 12% of China's industrial output. The map was issued as part of the 1924 Official Series Vol. D of the Guide to China and printed at the Toppan Printing Company.