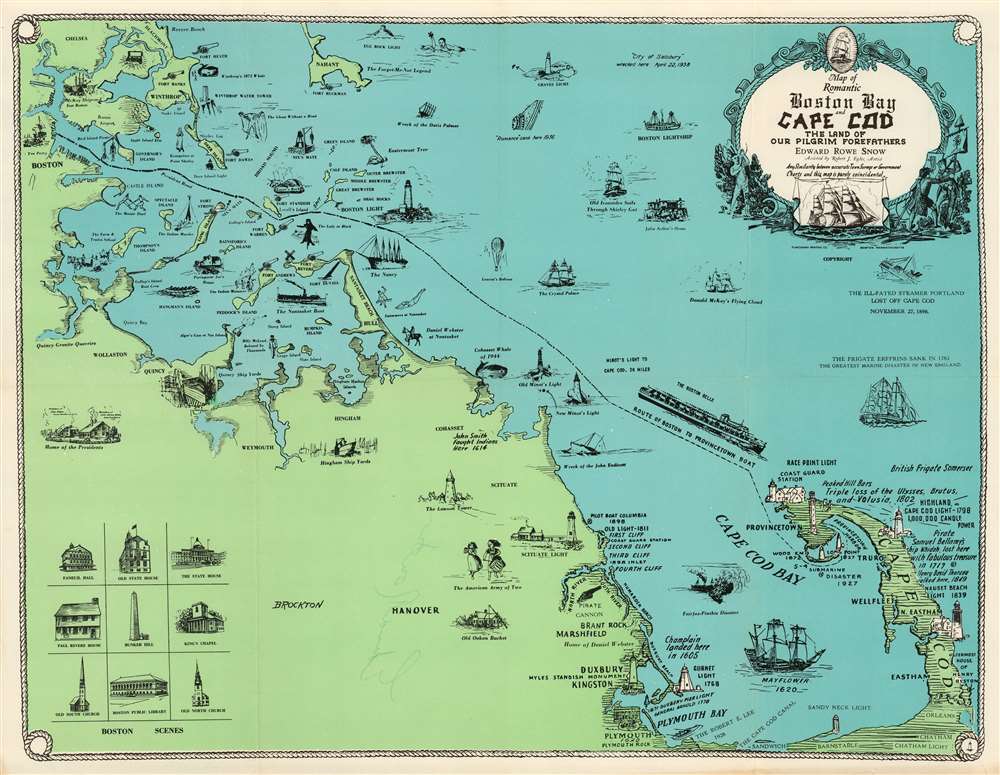 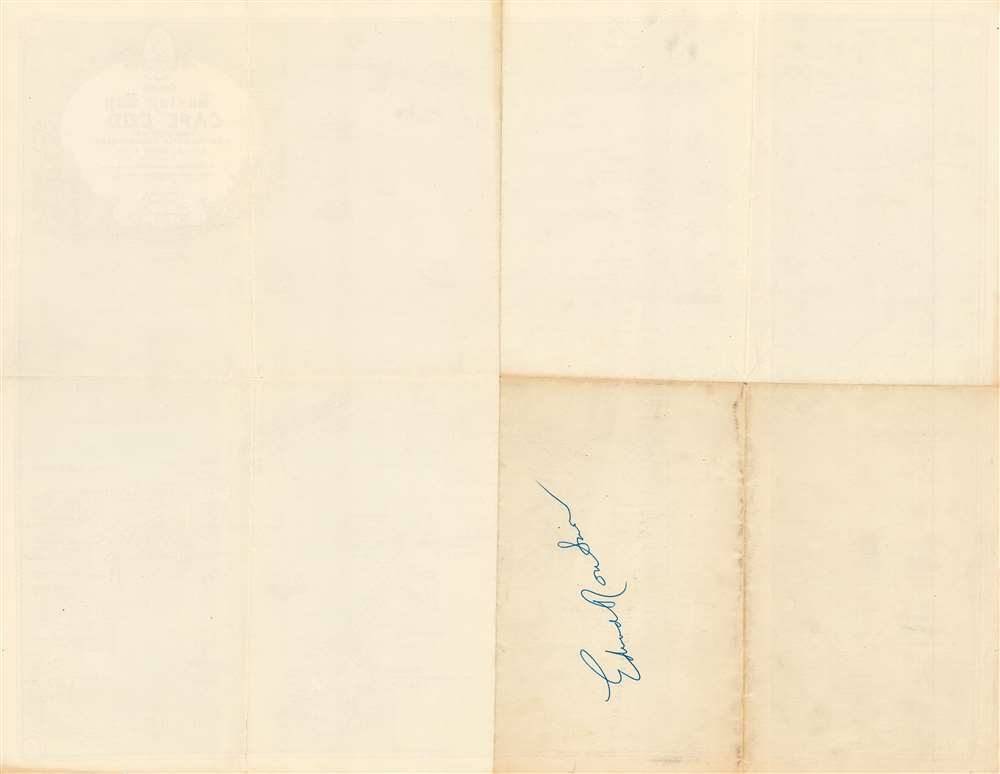 A charming 1944 pictorial map of Boston Bay Cape Cod and its towns, created by New England author and historian Edward Rowe Snow. A lover of all things piratical and nautical, Snow names the towns of coastal Massachusetts and Cape Cod with little fanfare, but luxuriates in his depictions of lighthouses, ships, shipwrecks, and whales. The shipwrecks are not generic, but specific, named ships ranging from the Pirate ship 'Whidah' (Whydah Gally, a slaver and pirate ship sunk in 1717) to Submarine S-4 (SS-109, a U.S. Submarine sunk in 1927). In addition to the abundance of wrecks, Snow notes many scenes of New England history, mostly of the sort calculated to instill patriotism in the hearts of the young audience for whom this map was intended. Notes such as 'John Smith Fought Indians Here 1614' 'the Home of Daniel Webster' and 'The American Army of Two' and 'The Tea Party' abound.

Amongst the nautical and historical notes are references to ghost stories associated with the region. At the mouth of Boston Harbor is pictured the ill-fated 'Lady in Black' whose tale of spousal devotion and confederate apologia would have the doomed woman still wandering about George's Island in her black hanging-clothes to this day. Less well-remembered tales are referred to as well - 'The Ghost Without A Head' and the gibbeted body of pirate Captain William Fly appear as well.

This piece is scarce on the market. It is neglected in institutional collections: it appears only in the University of Florida, the University of Illinois, the Boston Public Library, and Cape Cod Community College.