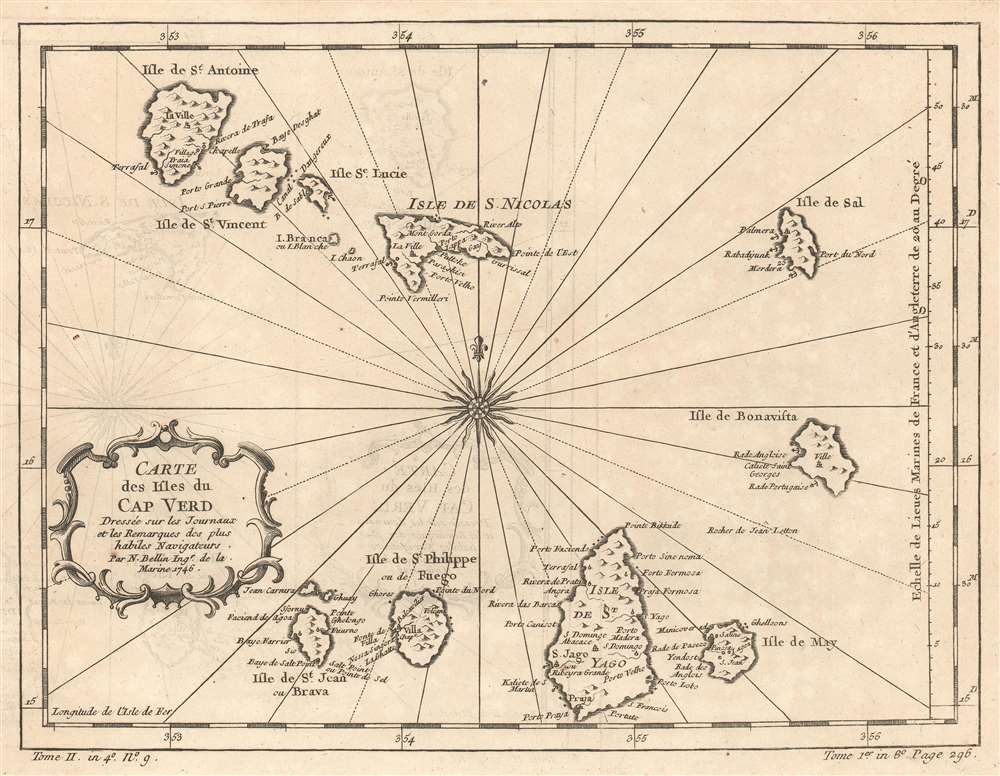 A charming map of the Cape Verde Islands.

This is a 1746 Jacques-Nicolas Bellin map of the Cape Verde Islands. The map depicts all ten islands in the archipelago, which is located 350 miles off the northwest coast of Africa. Beautifully engraved, each island is labeled, as are settlements on the islands and numerous coastal locations. Several harbors are noted by small anchors. A beautiful compass rose is situated at center.

This map was created and published by Jacques-Nicolas Bellin in 1746.

Very good. Even overall toning. Some transference. Blank on verso.