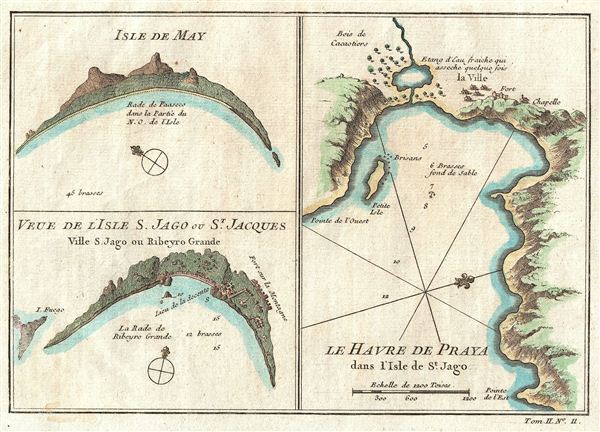 Bellin's uniquely drawn half-view, half-maps of the Portuguese held Cape Verde Islands, from Prevost's influential Histoire Des Voyages, 1750. essentially three coastal views on a single sheet. The upper left view details the Isle of May (Maio island), the lower left view details the Isle of S. Jago (Sao Tiago), and the third details Havre de Praya or the Harbor of Sao Tiago (Today's Praia, capital of the Cape Verde Islands). The prominent fort of Saint Philippe is noted. The Cape Verde Islands were important both for the trans-Atlantic trade, for which they were an important supply point, and for the African Slave trade, for which they served the same function.