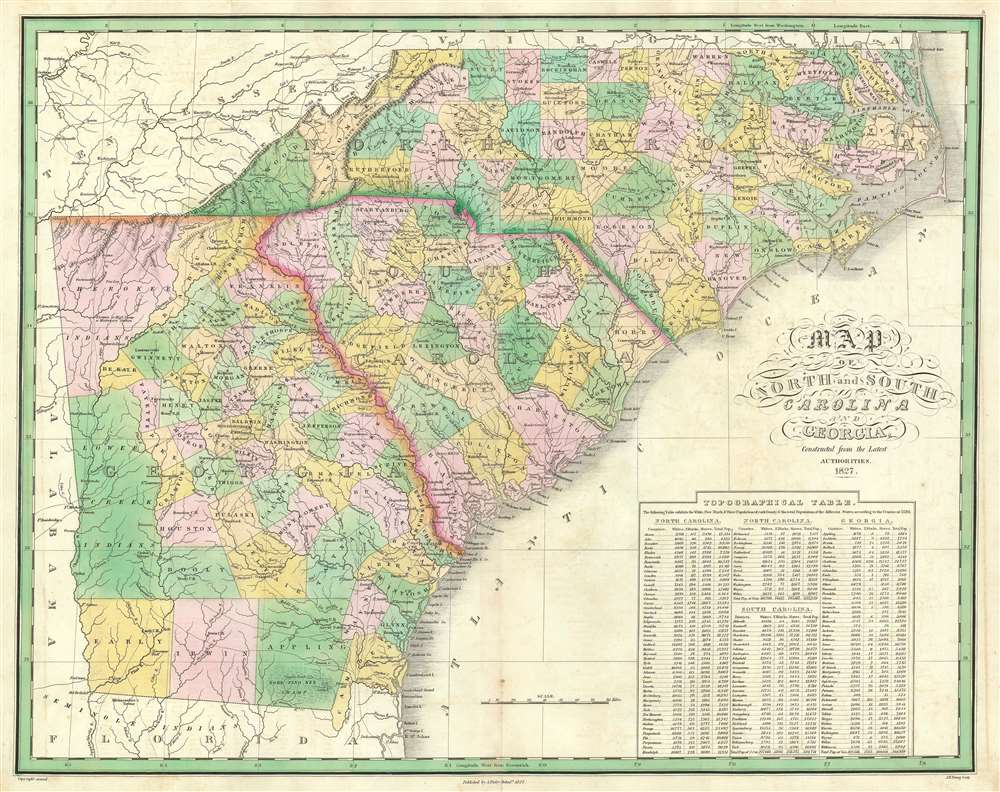 A finely executed 1827 map of North Carolina, South Carolina, and Georgia published by Anthony Finley. The map predates the Indian Removal Act of 1830, and so Creek, Seminole, and Cherokee lands in western Georgia and northern Florida Features population statistics by state from the census of 1820.

Finley engraved and published this map for his New American Atlas, first published in 1826, although some of the plates are dated as early as 1824. The map was engraved in 1826 and appeared in both the 1826, and with minor changes, the 1827 editions of the atlas. The present map is the 2nd edition from the 1827 atlas. In addition to atlas form, Finley also sold this map in pocket map format. In 1831, he sold the plates to Samuel Augustus Mitchell, who updated the borders and used them to produce both separate issue pocket maps and his own version of the New American Atlas.