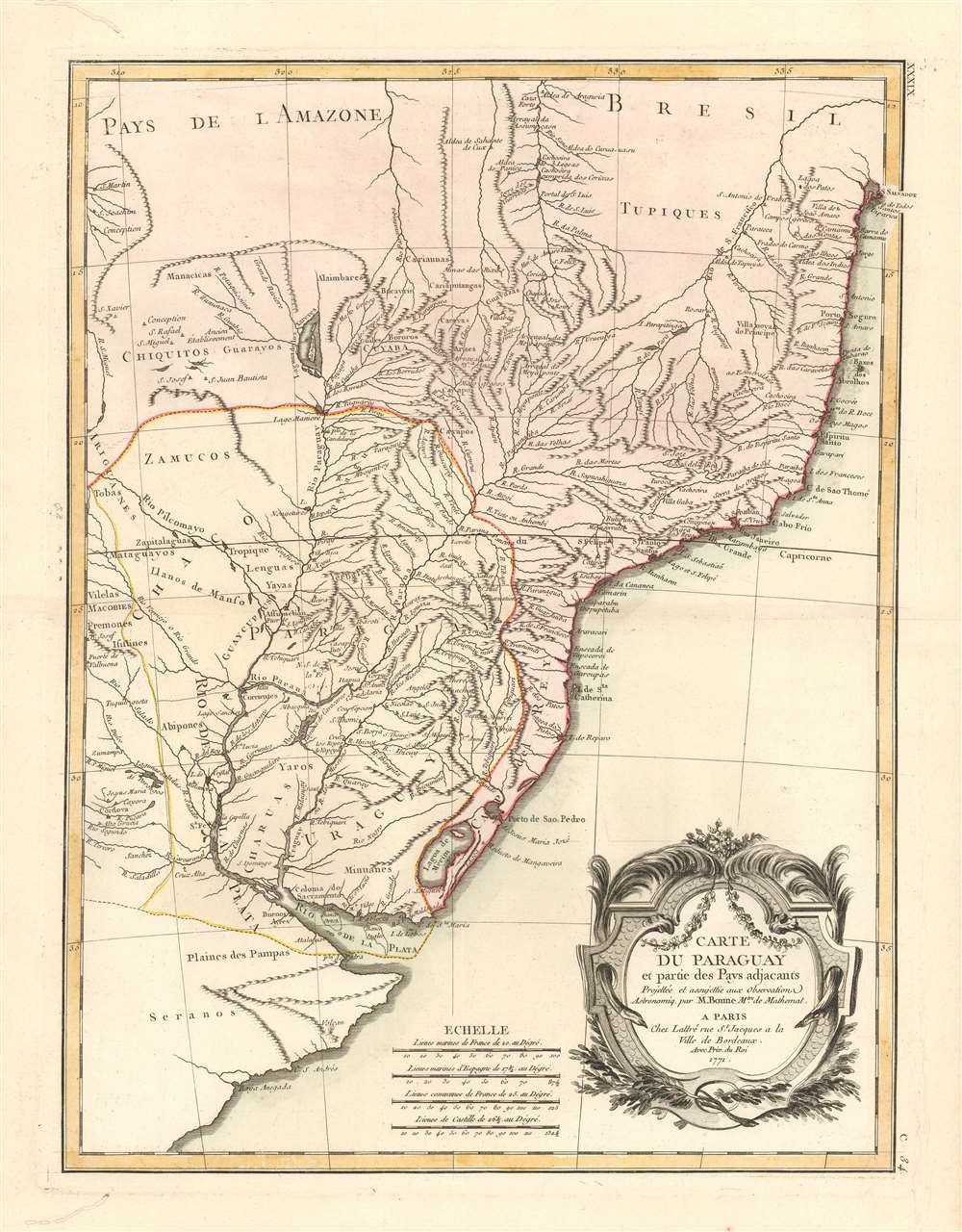 A beautiful example of Rigobert Bonne's 1771 map of Paraguay. It shows the Governorate of Paraguay just before the 1776 institution of the Viceroyalty of Río de la Plata, but shortly after the 1767 expulsion of the Jesuits; thus illustrating the extent of Jesuit exploration and missionary work in the interior of South America just prior to the Spanish Empire's relegation of Paraguay to the status of a provincial outpost of Buenos Aires, and a buffer state against the Portuguese in Brazil. The map embraces the Rio de la Plata watershed well into Brazil and the Amazon, Includes the modern-day nations of Uruguay, Paraguay, and parts of adjacent Brazil and Argentina. Rich detail is offered throughout, naming mountains, rivers, national boundaries, cities, regions, and indigenous tribes. Identifies Asuncion, Buenos Aires, Rio de Janiero, and numerous other important South American cities.

The map features a prominent Lake of Xarayes at the northern terminus of the Paraguay River. 'Xarayes' is a corruption of 'Xaraies' meaning 'Masters of the River.' The Xaraies were an indigenous people occupying what are today parts of Brazil's Matte Grosso and the Pantanal. When Spanish and Portuguese explorers first navigated up the Paraguay River, as always in search of El Dorado, they encountered the vast Pantanal flood plain at the height of its annual inundation. Understandably misinterpreting the flood plain as a gigantic inland sea, they named it after the local inhabitants, the Xaraies. The Laguna de los Xarayes almost immediately began to appear on early maps of the region and, at the same time, almost immediately took on a legendary aspect as the gateway to El Dorado.