1778 Bonne Map of Peru, Ecuador, Bolivia, and the Western Amazon 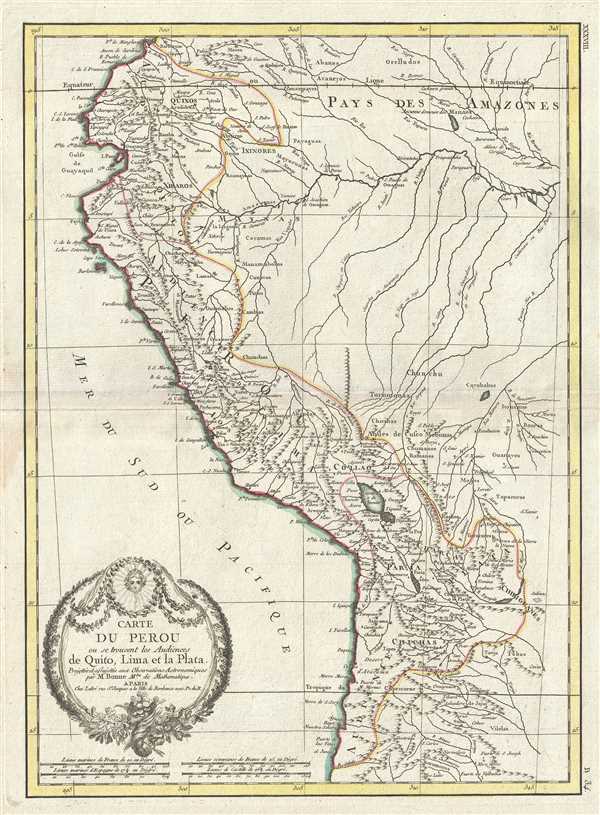 1778 Bonne Map of Peru, Ecuador, Bolivia, and the Western Amazon

A large decorative title cartouche appears in the lower left quadrant. Drawn by R. Bonne for issue as plate no. B 34 in Jean Lattre's Atlas Moderne.