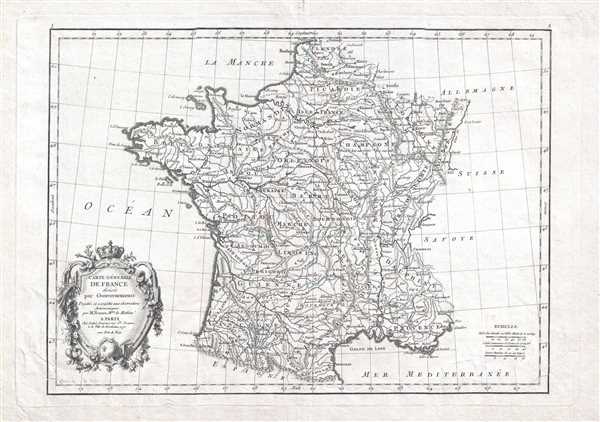 This is Rigobert Bonne's decorative 1771 map of France. The map depicts the entirety of France from Spain to Germany and from the English Channel to the Mediterranean. Divided into regions, a great overall impression of the geography of France is provided. Numerous cities are labeled, including Paris, Tours, Lyon, and Marseille. Rivers and mountain ranges are also depicted. A large decorative title cartouche appears on the lower left.

This map was drawn by Rigobert Bonne in 1771 for issue in Jean Lattre's edition of the Atlas Moderne.