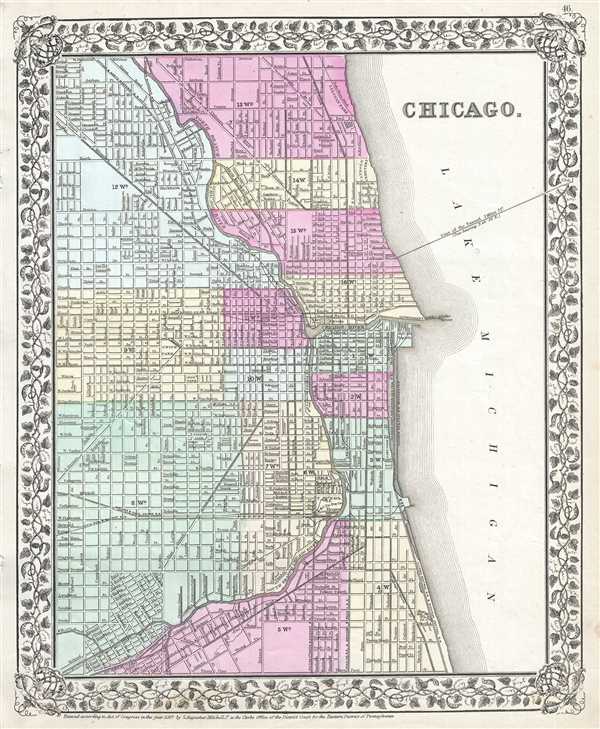 Mitchell's plan of the city of Chicago, Illinois.

This hand colored map or plan of the city of Chicago dates to 1869 and was issued by the important American map publisher Samuel Augustus Mitchell, the younger. It covers from thirty first street northward to Fullerton Avenue. The map covers the city in considerable detail, noting rivers, parks, individual streets, railways, tunnels, and other important information. Features the vine motif border typical of Mitchell maps from the 1865-80 period. Prepared for inclusion as plate 46 in the 1867 issue of Mitchell's New General Atlas. Dated and copyrighted, 'Entered according to Act of Congress in the Year 1867 by S. Augustus Mitchell Jr. in the Clerk's Office of the District Court of the U.S. for the Eastern District of Pennsylvania.'