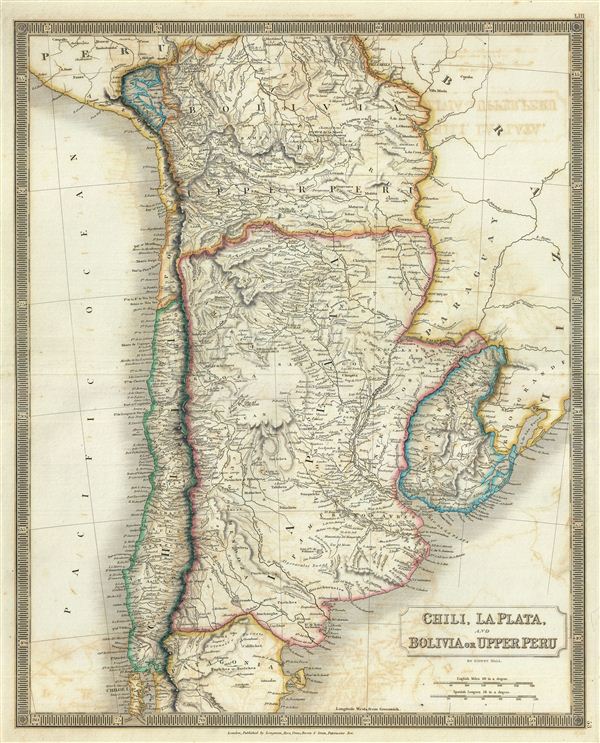 This is a beautiful map of Chile, Bolivia and Argentina from Sidney Hall's extremely scarce 1835 New General Atlas. It covers part of modern day Bolivia or Upper Peru (as it was known at the time), Chile and La Plata (part of modern day Argentina). Bolivia's claims to the Atacama Desert and Peru's claims to the Tarapaca region - both of which are today part of Chile, are shown. The map also covers the modern day country of Uruguay and part of the Rio Grande Do Sul region in Brazil. These territories were known as the Banda Oriental or Cisplatina region before the 500-day Cisplatine War and are here noted by their original names.

The 1828 Treaty of Montevideo following the Cisplatine War gave birth to Uruguay as an independent state. In Chile, after the last of the Spanish troops surrendered in 1826 and the failure of the federalist system in 1828, Chile adopted a moderate liberal constitution. This in turn alienated both the extreme liberal and federalist factions, ultimately leading to the revolution of 1829 and 30 years of conservative government.