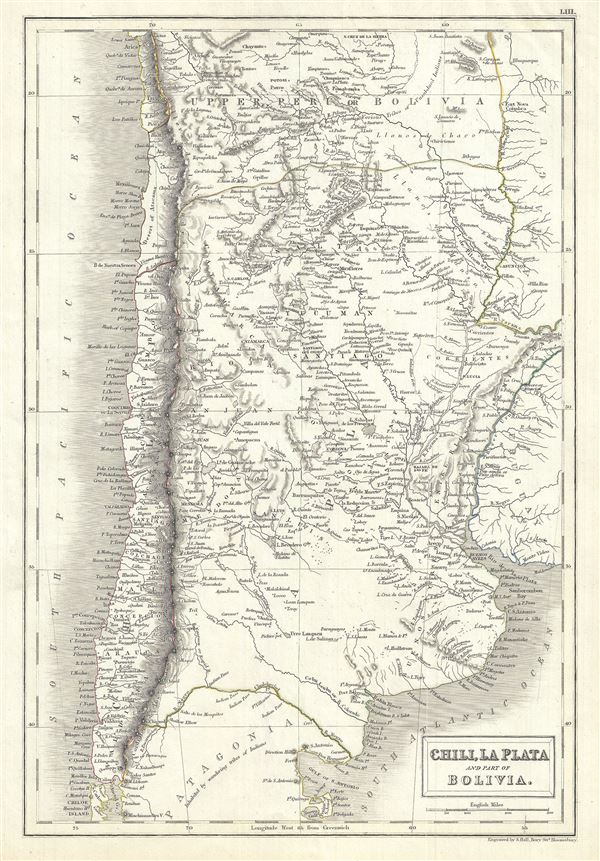 This is a fine example of Adam and Charles Black's 1844 map of Chile, the Argentine Republic and part of Bolivia. It covers from Bolivia south to the Gulf of St. Antonio in Argentina and from the South Pacific Ocean inland as far as Montevideo and Brazil. Bolivia's claims to the Atacama Desert and Peru's claims to the Tarapaca region - both of which are today part of Chile, are shown. Various cities, towns, rivers and other topographical details are marked, with relief shown by hachure. Boundaries are color coded according to regions and territories.

In 1841, three years before this map was published, the newly independent country of Peru invaded Bolivia only to be defeated. Bolivia consequently attacked and captured the Peruvian port of Arica. The war would eventually end in 1842 when both countries signed a peace treaty.

This map was engraved by Sidney Hall and issued as plate no. LIII in the 1844 edition of Black's General Atlas.