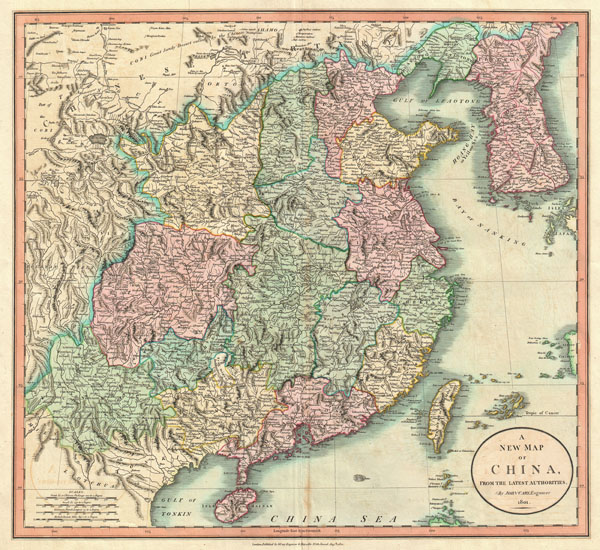 An exceptionally beautiful example of John Cary's important 1801 map of China and Korea. Covers from Tibet and Bhutan eastwards as far as Korea, extends north as far as the Gobi Desert and south to Tonkin (modern day Vietnam) and Hainan. Offers extraordinary detail throughout. Shows the convoluted course of China's Great Wall. Also identifies the Island of Taiouan ( Taiwan ) or Formosa. All in all, one of the most interesting and attractive atlas maps of China and Korea to appear in first years of the 19th century. Prepared in 1801 by John Cary for issue in his magnificent 1808 New Universal Atlas.