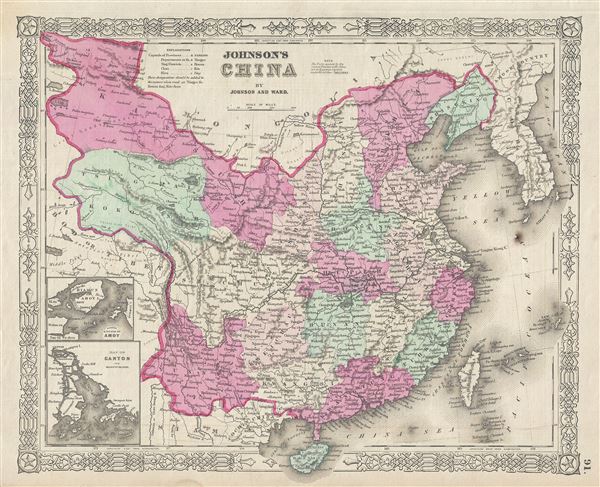 This is Johnson and Ward's 1863 map of China, covering from Mongolia to Hainan and from Tibet to Korea. The map identifies both the Great Wall and the Grand Canal. It depicts the region with particular attention to cities and waterways.

Various towns, cities, rivers and several other topographical features are noted with relief shown by hachure. This map features the fretwork style border common to Johnson's atlas work from 1863 to 1869. Published by Johnson and Ward as plate no. 91 in the scarce 1863 edition of Johnson's Family Atlas.

Very good. Text on verso. Minor spotting here an there.