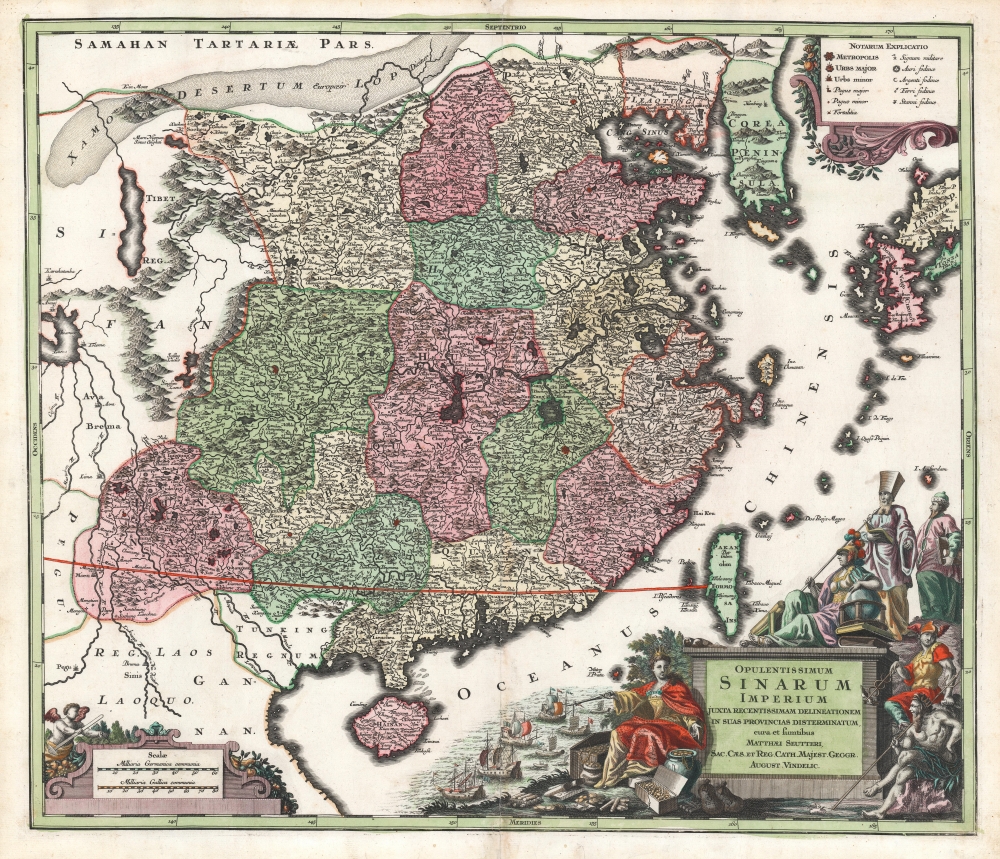 A striking example of Matthias Seutter's 1732 map of China and Korea, also showing Formosa (Taiwan), and western Japan. The map is ultimately derived from the Jansson / Van Loon map of the China, possibly through the intermediary of the Schenk imprint of that earlier map. Seutter's map differs from the Van Loon most dramatically in its inclusion of the western part of the Japanese Islands, which are excluded from its precursor. The map also extends further south than the Van Loon, affording a view of the Lancang river (the upper reaches of the Mekong) reaching into upper Laos.

Apart from the above inclusions, the main benefit of the increased scope of the map is to allow more space in the Oceanus Chinensis for the map's massive, grand cartouche. The map's title (and those of Seutter himself) are inscribed on a great plinth. Classical figures gaze upon the map spread before them: these represent a Chinese official and a Jesuit scholar, both are in the company of Athena (wisdom and war), Mercury (commerce and wealth), and Neptune (the sea). On the other side of the cartouche, Europa - resplendent in silks - faces the reader and gestures both at the treasures piled about her feet, and the fleet of ships that brought them.

This map was engraved as early as 1732 by Matthias Seutter for inclusion in his several atlases. Although undated, it can have been issued no earlier, as it bears his title of Imperial Geographer. The map does not include Seutter's Privilegio, which was added to editions in and after 1740. We see nineteen examples of this map in institutional collections.