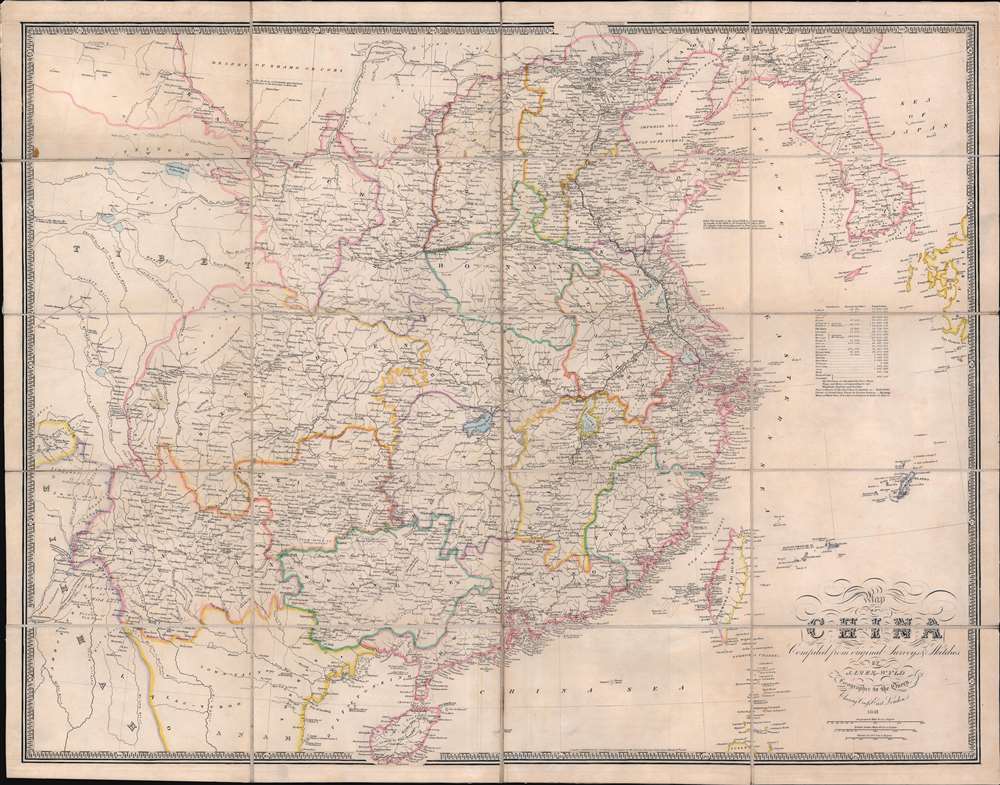 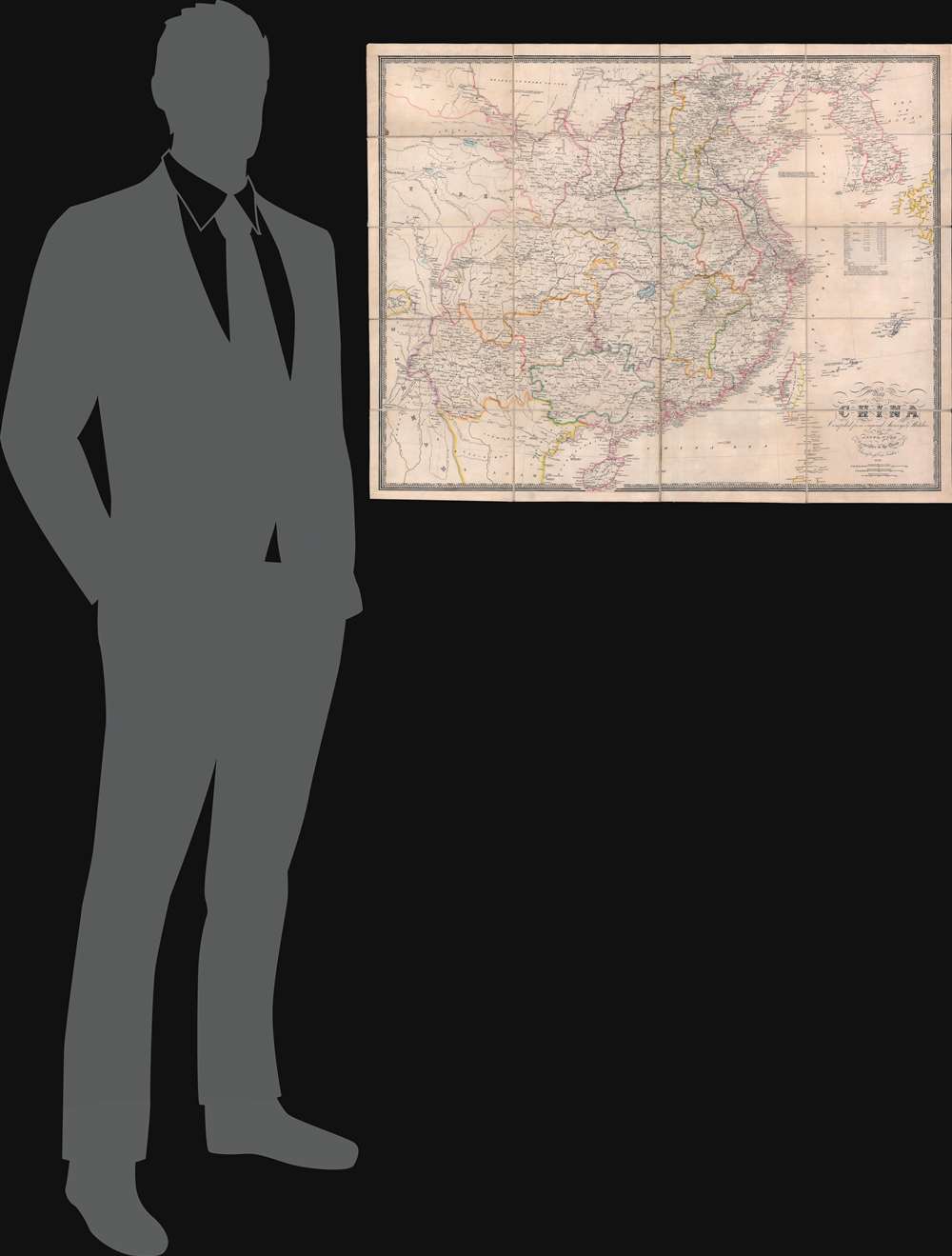 A beautiful example of the scarce 1840 first edition of James Wyld's First Opium War Era map of China, with Hong Kong identified here as 'Heong Kong'. The map covers all of China, extending from the Tibet border to western Japan and from Manchuria to Hainan. Korea, rendered in full, is wildly malformed. Taiwan, appearing near the cartouche, is misshaped and only the western coast features any detail. There are notes in industry, transportation networks, the great wall, population, trade resources, and more.

In 1839, the Daoguang Emperor, seeking to stem the tide of narcotic addiction in China, banned opium entirely and blockaded China's only open trade port – Canton (modern day Guangzhou). They also seized and destroyed nearly 20,000 chests, roughly 1200 tons, of opium. Foreign traders within Canton were confined to their offices without access to outside food or supplies – essentially forcing them into a 'capitulate or starve' situation.

The British subsequently dispatched a naval and military force to China. The Royal Navy used its cannon power to inflict a series of decisive defeats on the Qing at various Chines ports, forcing them to the negotiating table - a tactic later referred to as 'gunboat diplomacy.' By 1842, when this map was drawn, the Qing were forced to sign the Treaty of Nanking, the first of the Unequal Treaties. The Treaty of Nanking created five open treaty ports and ceded Hong Kong to the British Empire. The Opium trade quickly resumed, but escalating tensions led to the Second Opium War (1856 - 1860) just 14 years later.

The First Opium War as essentially about trade, and so is this map. Throughout, Wyld offers a wealth of detail regarding trading and resources throughout China. He identifies black tea regions, green tea regions, cotton fields (near Shanghai), china ware manufactories, silkworm lands, varnish trees, rice grounds, limestone, blue nankeen manufactories, and a place where 'silken fowls are bread.'

Wyld was masterful at capturing political events throughout the world as they occurred and leveraging his impressive publishing operation to quickly produce and distribute pertinent maps to the invested public. The speed with which Wyld was able to assess news events and produce an informative fully engraved map contributed significantly to his commercial success. Wyld's news maps, while a small subset of his large cartographic corpus, arguably represent his most significant work - forming a vital record of currently developing events from an even-handed if Anglo-centric perspective. Such maps had an ephemeral period of interest, were separately issued, and necessarily printed in small quantities, leading to their extreme scarcity today.