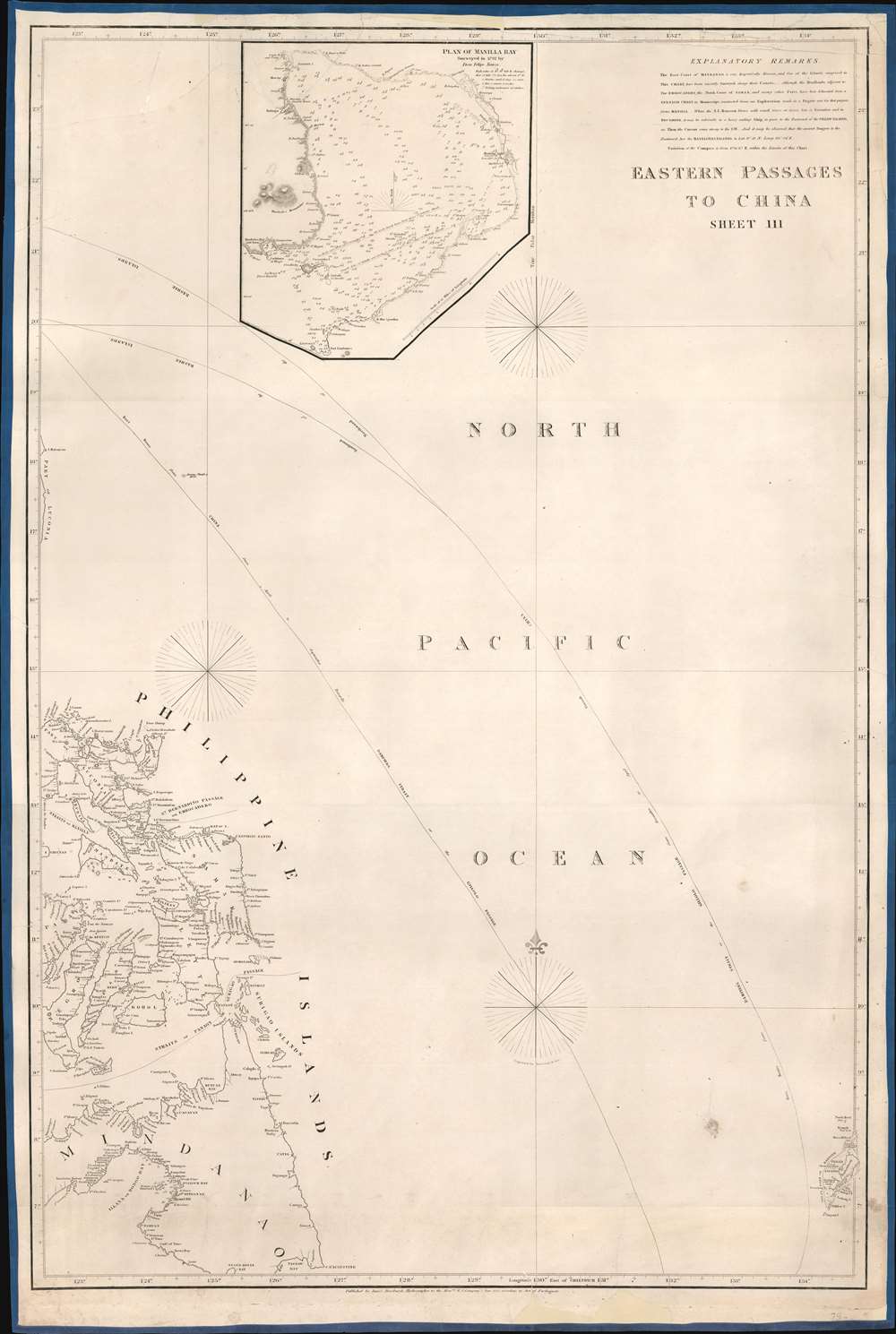 A wonderful and rare nautical chart of the eastern Philippines.
$1,500.00

This is an 1828 James Horsburgh blueback nautical chart or maritime map of the eastern Philippines, including the islands of Samar, Leyte, and Cebu (Zebu), as well as parts of the islands of Luzon (Luconia), Panay, Negros, and Mindanao. Numerous coastal locations are labeled on many of the Philippine Islands, including Cebu City (Zebu), points, straits, and bays. Myriad smaller islands are also identified, and Palau (Pellew Islands) is illustrated in the lower right corner. A detailed inset map of Manila Bay is situated along the top border and features numerous depth soundings, identifies coastal settlements, and the lighthouse at Manila.

Two different routes to China passing through the North Pacific Ocean are illustrated, with one stated to be best 'from April to September' and the other 'from November to April'. The latter course diverges near the top of the sheet, as a mariner could choose whether they wanted to travel north or south of the Bashee Islands. While the whole of this chart appears to be accurate and full of detail, Horsburgh opens his 'Explanatory Notes' just to the right of the Manila Bay inset in this manner: 'The East Coast of Mindanao is very Imperfectly Known, as few of the Islands comprised in This Chart have been carefully Surveyed along their Coasts…'. He continues with advice concerning the best courses to take during monsoon season, from late November through December, so as to avoid the dangers of these waters.

This chart was created and published by James Horsburgh in 1828. The OCLC records examples of this map as being part of the institutional collections at Harvard and the National Library Board of Singapore and it is rarely seen on the private market.

Good. Professionally restored and rebacked. Areas of infill along top and bottom borders.