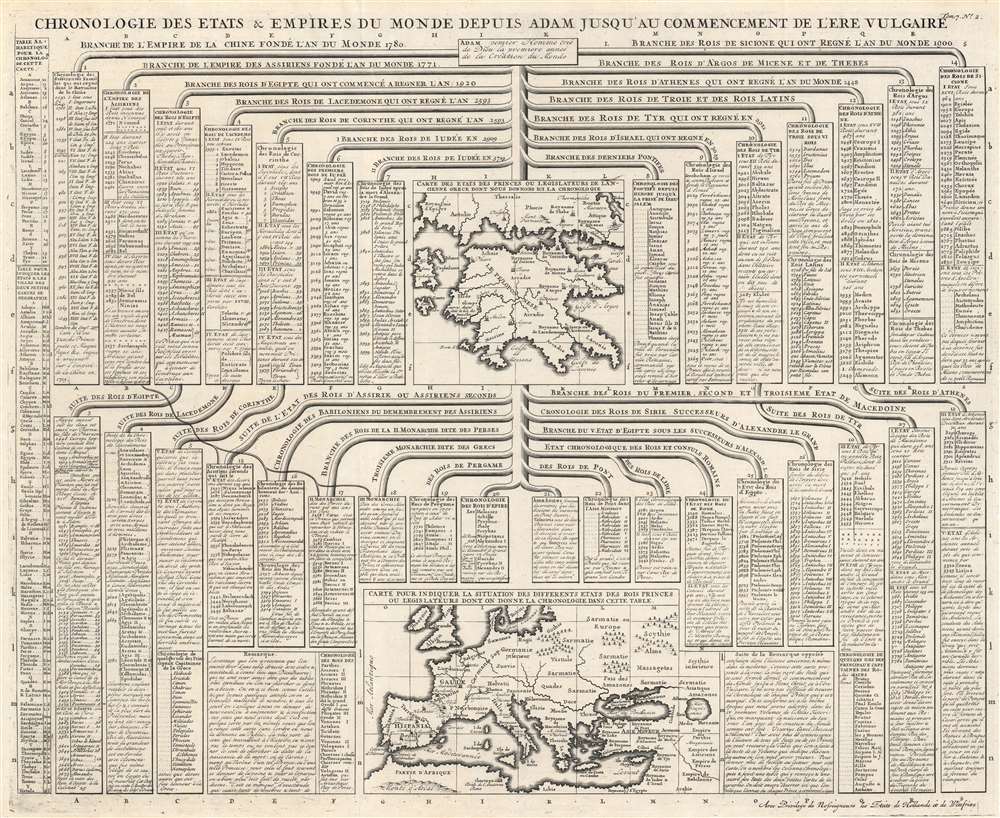 This is a 1720 Henri Abraham Chatelain chart of historical empires and nations before the Common Era. The chart chronicles thousands of years of human history and separates nations and empires into columns. Among the histories recounted are those of Rome, Egypt, China, Sparta (Lacedemone), Athens, Corinth, Judea, and Persia. Two maps accompany the chart, with one focusing on the Peloponnesus and southern Greece and the other on Europe, the Mediterranean, and the Middle East. In a short description, Chatelain explains that they used the year 4000 to represent the year of the birth of Jesus Christ, allowing viewers to better understand how the numbers next to each ruler's name provide a chronological understanding of events.

L'Ère Vulgaire is a phrase adopted to identify the era following the birth of Jesus Christ without referencing Christianity or any other religion. The phrase originated in Latin, aerae vulgaris. Vulgaris comes from vulgus, which means 'the common people' and was meant to avoid the regnal year, or the year of the reign of a sovereign. It had no derogatory meaning. The earliest known use of the Latin phrase dates from 1615 in a book by Johannes Kepler. The earliest English usage dates from 1635 in a translation of Kepler's book.