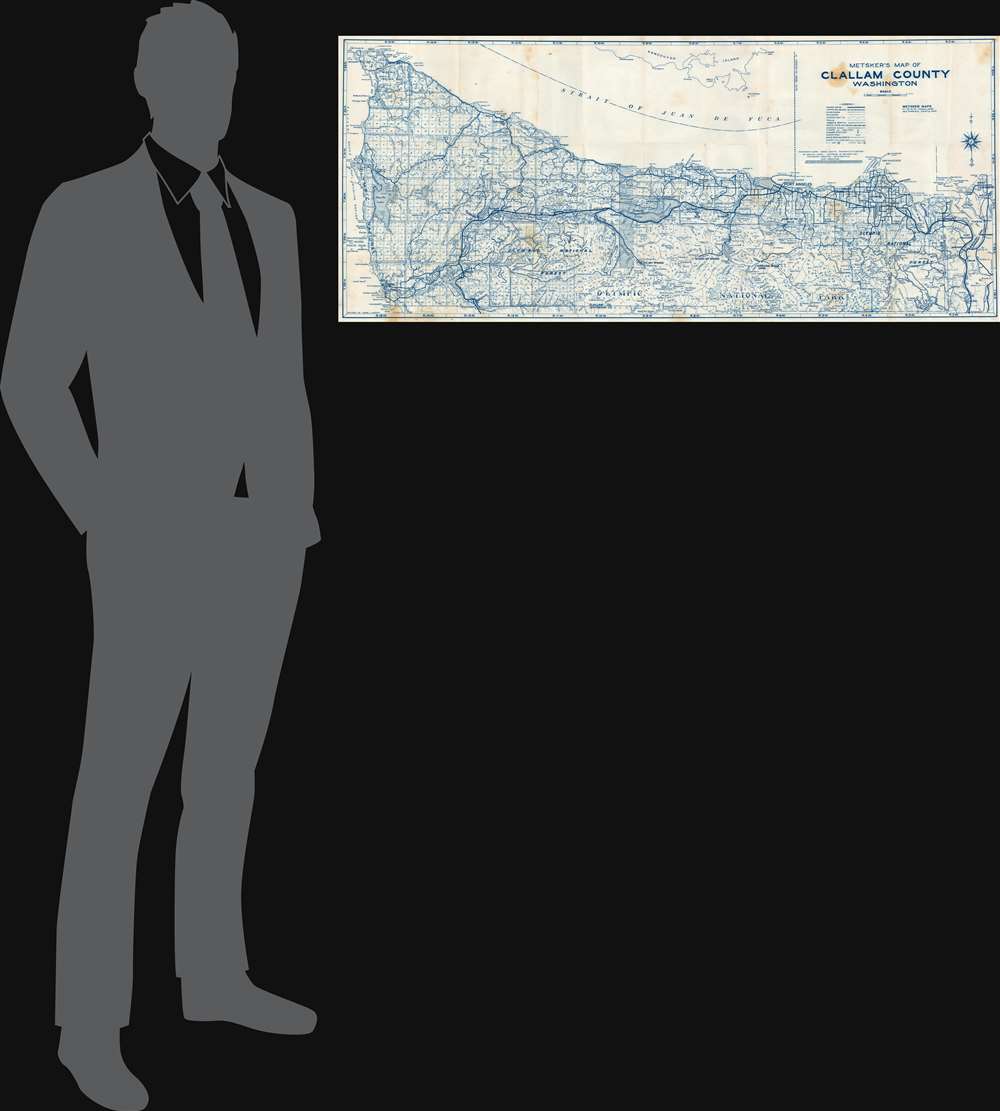 This is a c. 1970 Thomas C. Metsker map of Clallam County, Washington. Printed in a stunning blue ink, both Olympic National Park and Olympic National Forest are illustrated. Mountain peaks, lakes, rivers, creeks, and other physical features are identified within both the park and the forest. Sol Duc Hot Springs, Olympic Hot Springs, and Hurricane Ridge Lodge are labeled in Olympic National Park as well. Outside the park, towns and villages throughout the county are noted, including Port Angeles, Sequim, and Port Townsend in neighboring Jefferson County. Paved highways, improved roads, unpaved state highways, and railroads are marked.

Thomas Charles Metsker (May 24, 1927 - October 4, 2010) was an American cartographer. Born in Tacoma, Metsker graduated from high school in 1947. He served on the U.S.S. Wildcat during World War II in the South Pacific theater as the ship's electrician. Metsker was the third generation of his family to work at the Metsker Map Company, where he worked for over fifty years making maps. He married his high school sweetheart, Patty, with whom he had four children and was married for fifty-seven years. Learn More...