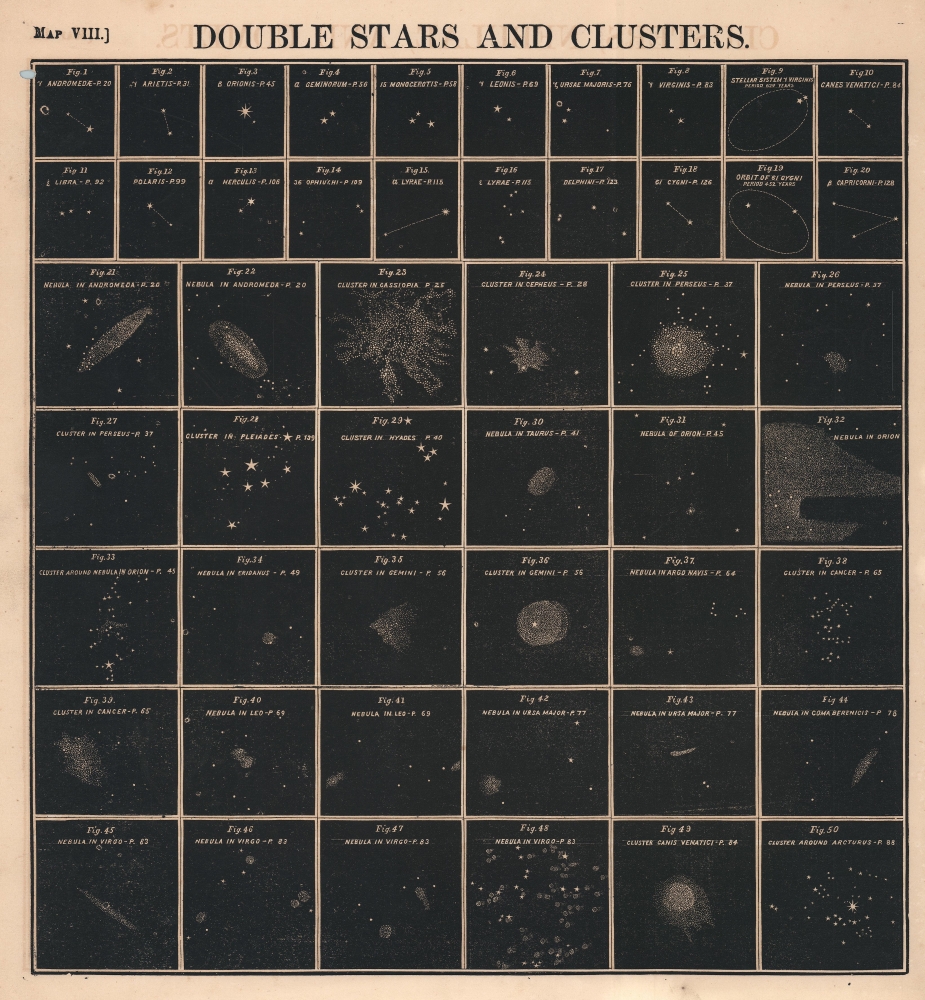 This unusual chart was engraved by W. G. Evans and appeared in the 1856 edition of Burritt's Atlas to Illustrate the Geography of the Heavens. It was not present in earlier editions of Burritt's Atlas. The separate chart is not cataloged in OCLC. The entire atlas is well represented institutionally.