1893 Walker Map of the Coast of Maine: Penobscot to Passamaquoddy 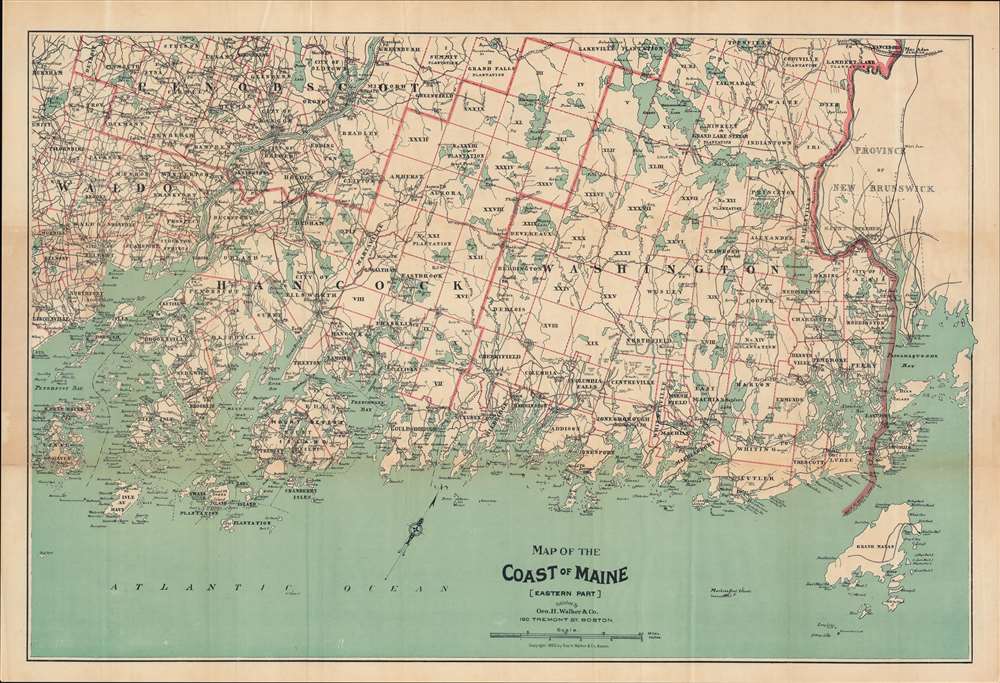 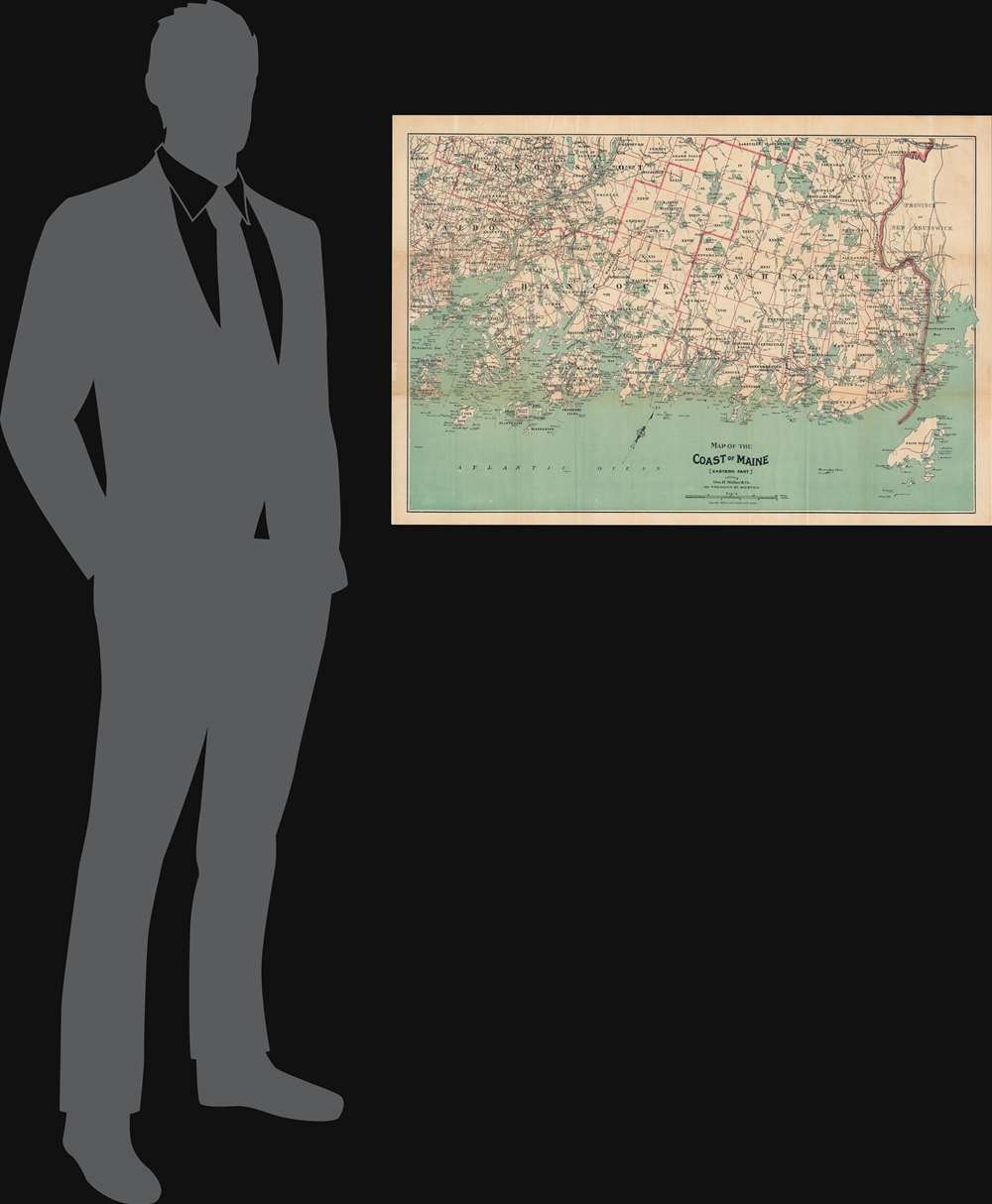 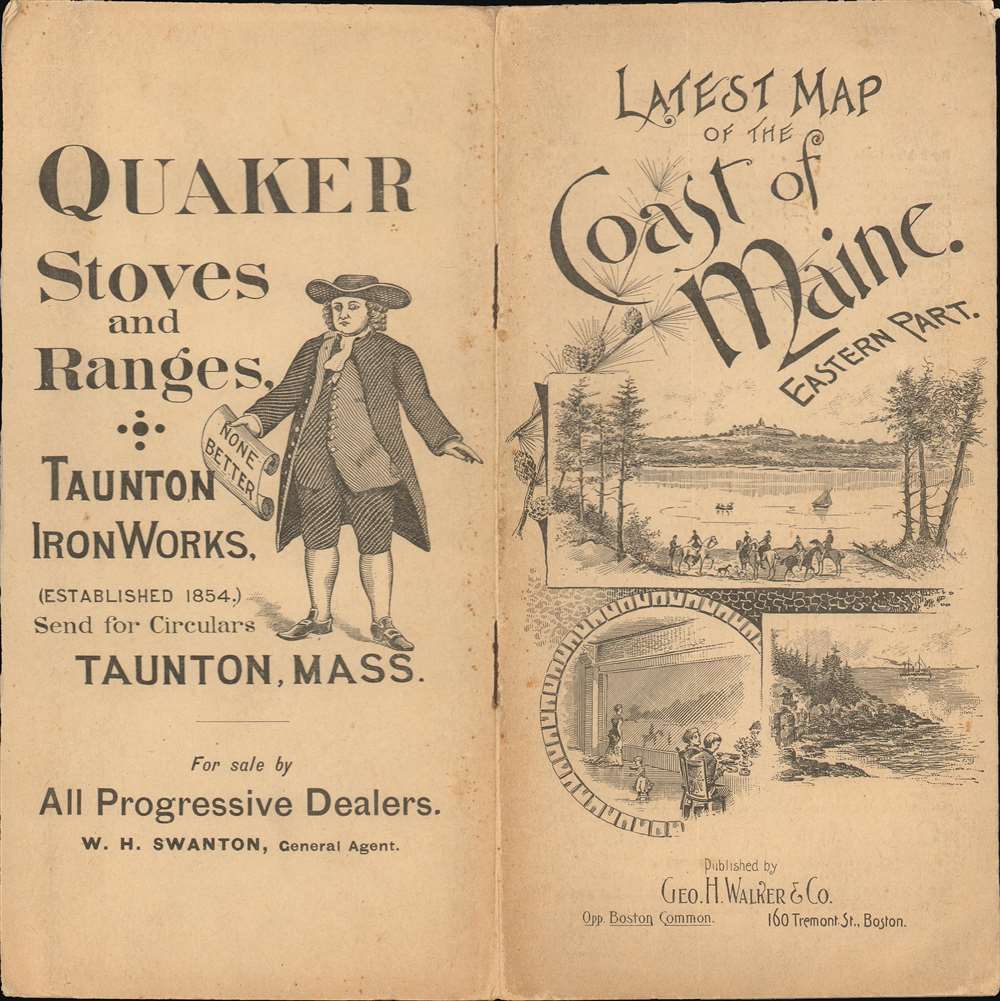 1893 Walker Map of the Coast of Maine: Penobscot to Passamaquoddy

This is a scarce 1893 map of the coast of Maine by George Walker and Company. It covers the eastern coast of Maine from Grand Manan Island west as far as Penobscot Bay and Vinalhaven Island and north as far as Vanceboro. The map offers detail throughout noting cities, towns, islands, bays, rivers, roads, and several other important geographical features. Best routes are shown in red. The map was first copyrighted in 1893 (as here) and later in 1905 by Geo. H. Walker and Company. This is the 1893 first edition. Uncommon to the market.

Very good. Minor wear along original fold lines. Accompanied by original binder.
Looking for a high-resolution scan of this?