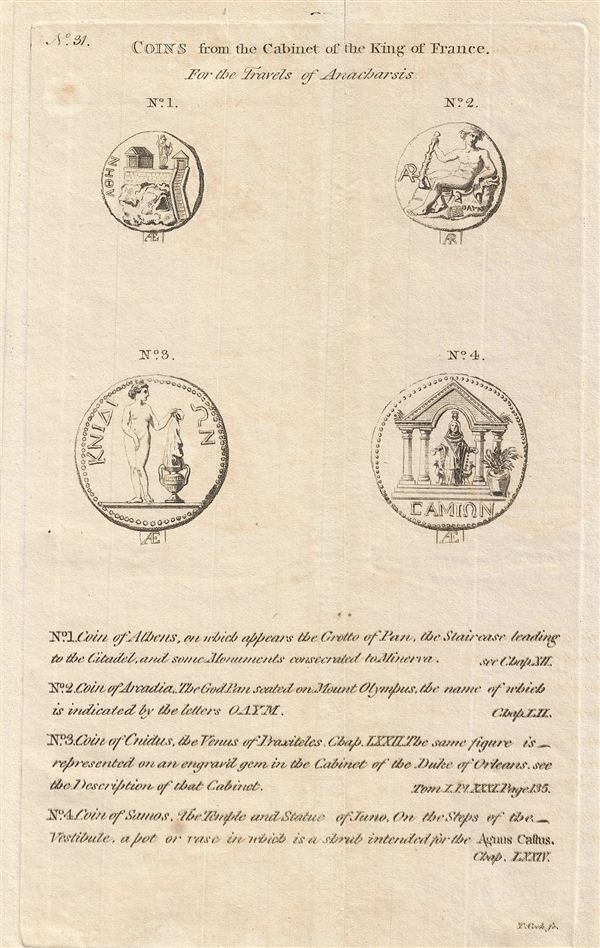 This is a fine example of the 1786 Barbie du Bocage chart of Ancient Greek Coins. The chart includes the illustrations of four coins. The first is the coin of Athens, in which appears the Grotto of Pan, a staircase leading to the Citadel, and some monuments consecrated to Minerva. The second is the coin of Arcadia, which depicts the god Pan seated on Mount Olympus, the name of which is indicated by the letters OAYM. The third is the coin of Cnidus, the Venus of Praxiteles. The fourth coin is the Coin of Samos depicting the temple and the Statue of Zeus. This chart was prepared by M. Barbie de Bocage in 1786 for the Travels of Anarcharsis.